Peridot, the August Birthstone, is about as close to a “homegrown” gemstone as we have in the US. Unusual in that it only really occurs in a single color, peridot is quite different from most gemstones.

The origins of the name are uncertain. Even the Oxford English Dictionary can only offer a guess as to where the word peridot comes from. The two conflicting theories suggest either from the Arabic faridat meaning ‘gem’ or from the Anglo-Norman pedoretes meaning ‘opal’. The first use of the version we know today appeared in 1705.

Wherever peridot got its name, it is a highly unusual and very beautiful gemstone. 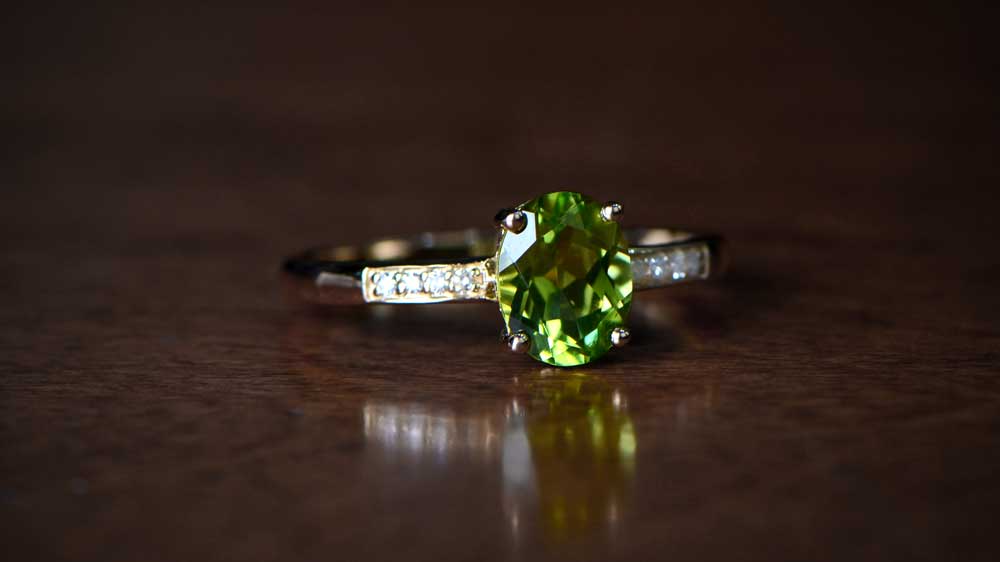 Many gemstones have a whole list of ailments it can cure, or protections it can offer. Peridot, though, remains a little more modest in its offerings.

Peridot focuses its efforts on providing protection against nightmares and evil. That way peace and happiness remain forever present. Children born during August are said to have the protection of peridot. It was a long tradition for the child to receive the stone as a gift.

That “homegrown” quality we mentioned earlier? Well, the vast majority of peridot occurs in a small area of Arizona, on the San Carlos Apache Indian Reservation. There are small reserves in other states, including Hawaii and Alaska, as well as in several countries. These are very small operations, however, and very little gem quality peridot is produced.

On rare occasions, peridot has come to earth in meteorites. This is as a result of peridot requiring volcanic activity, which itself can send meteorites out into space.

There are several varieties of Peridot. All are made up of the mineral olivine, a common mineral in areas where lava has reached the earth’s surface. Despite olivine being plentiful, gem quality peridot is actually quite rare. Only a fraction of those regions where olivine occurs will actually produce forsterite, the variety required for gem-quality peridot. 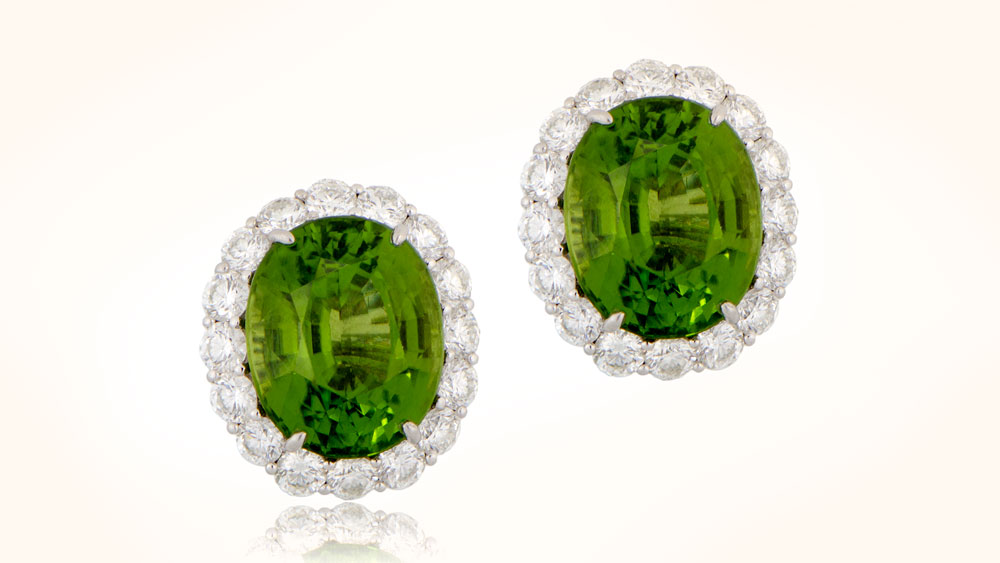 Olivine occurs in just a single color, an olive green. Variations in shade are found, some even appearing more yellow or brown, but green remains the core color. With most mineral crystals, trace elements of other substances create the color. With peridot, though, it is the chemical structure of the crystal itself which produce the green color. Variations occur when iron is present, but this has an adverse effect on the color. In most other gems, the more of a trace element contained, the better the color. With peridot, it is the exact opposite.

With a hardness of 6.5-7 on the Mohs Scale, coupled with an inbuilt instability, peridot is difficult to work into cut gems. Most peridot is in grain form, making stones above 3 carats unusual, and above 5 carats exceedingly rare.

Inclusions are common in larger stones and tend to be milky in appearance. 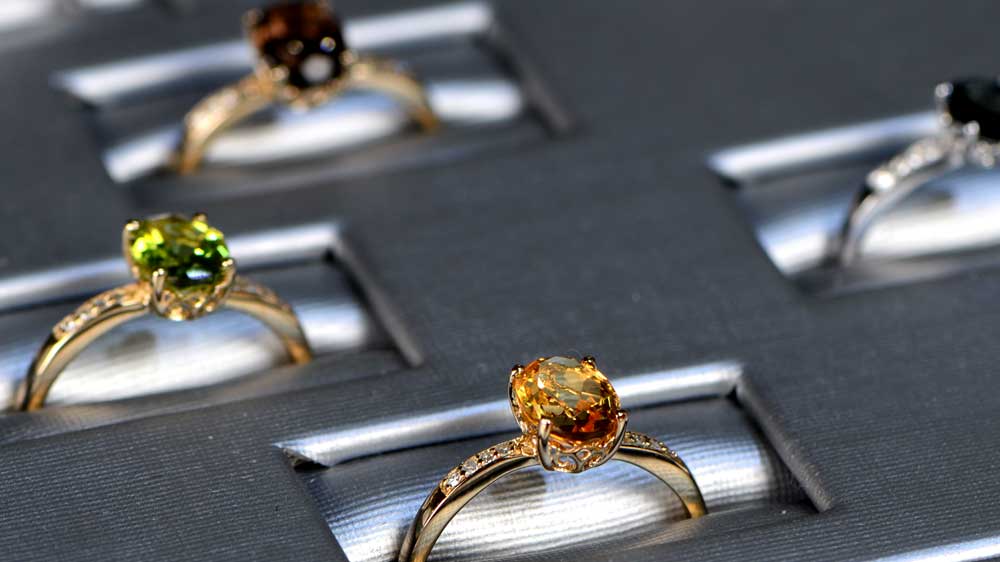 The Peridot Ring is on the far left

Peridot is commonly used in pins or brooches, but less so in rings. Only stones of 1ct and above are suitable for faceting, and so polished cabochon is the most common way of using peridot.

It is also a lovely gemstone for inclusion in Art Nouveau pieces of all types due to the earth tones of the stones.

Buying The Right Peridot For You

A good rule of thumb when buying peridot is the greener the better. If a peridot stone has too much yellow or brown, this will affect how it looks in jewelry settings. Assuming a stone is above 1 carat, then you can apply the same 4Cs of cut, clarity, color and carat weight. There are no scales to use, as there are with diamonds, but the general principles will apply.

Although larger stones are very rare, a lot of stones under 1ct do make it to market. These stones are not especially expensive, so you should be able to find something to suit your budget.

Caring For Your Peridot

Because of the relative softness and fragility of cut peridot, cleaning takes a degree of care. You should always use only warm water and mild soap. Heat or ultrasonic cleaners can damage a peridot easily. The same goes for chemical cleaning products. The softness of peridot means it doesn’t withstand harsh acids or alkaline solutions very well.