October is another month that has more than one birthstone. Opal is remarkable for its ability to display just about any color in a variety of light conditions. Although known since the days of Ancient Rome, it was the discovery of significant deposits in Australia in 1956 which really put opal on the map.

Tourmaline is another colorful gemstone. Although there are a number of gems which occur in several colors, few occur in such an array of shades and hues as tourmaline. Applying heat or pressure to tourmaline causes it to become electrically charged, which is unique amongst all precious and semi-precious stones.

Myths About Opal and Tourmaline 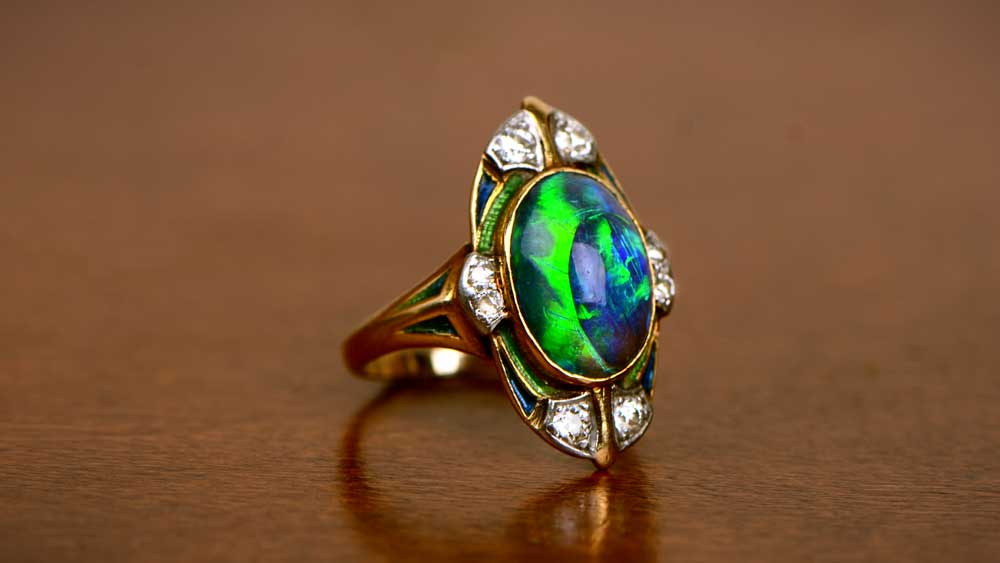 According to middle-eastern legend, opals fell as bolts of lightning. Aborigines believed they appeared in the footsteps of the great creator as he walked the earth. For centuries, the powers of every gemstone whose color appeared within an opal became those of the wearer, making it the luckiest stone of all.

Instead of falling to earth, legend has Tourmaline passing through a rainbow on its journey from the center of the earth.

Where Do Opal And Tourmaline Come From? 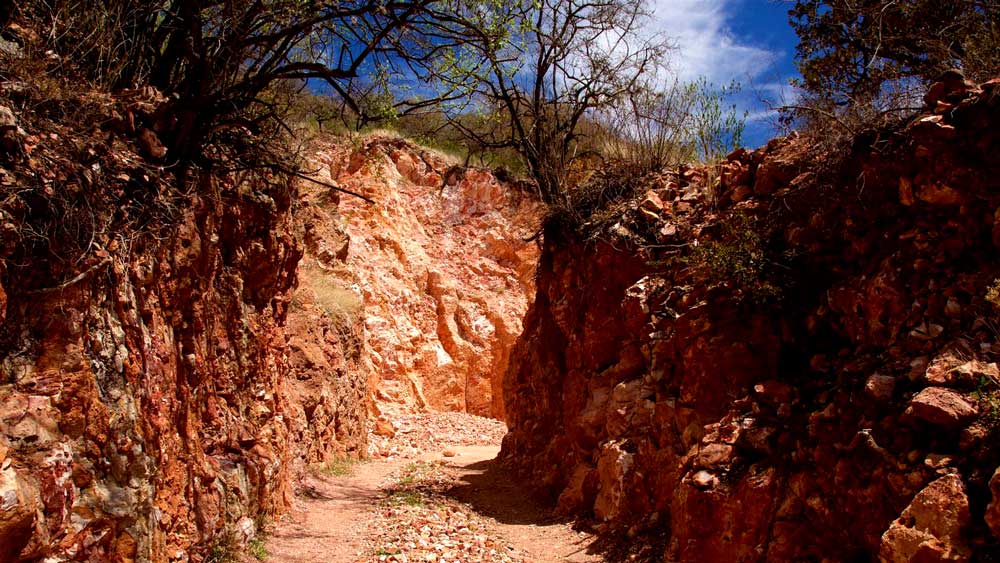 A total of 95% of all opals mined come from Australia. Small deposits occur in other countries including the US, Central and South America, Ethiopia and the Czech Republic. It is the Ethiopia deposits which are crucial to the future of opal supply. As Australia’s deposits dwindle, most other sources proved to be lower quality stones. The Ethiopian discoveries are important due to the high number of “precious” opals they produce. It is precious opals which display the highest play-of-color required for high-quality gemstone grading. Other, generally single color opals have the name “common” opals.

Tourmaline is found in Brazil, Sri Lanka, the US and across Africa and Asia. The vast range of colors can often mean confusion about whether an individual stone is a tourmaline or some other gemstone. 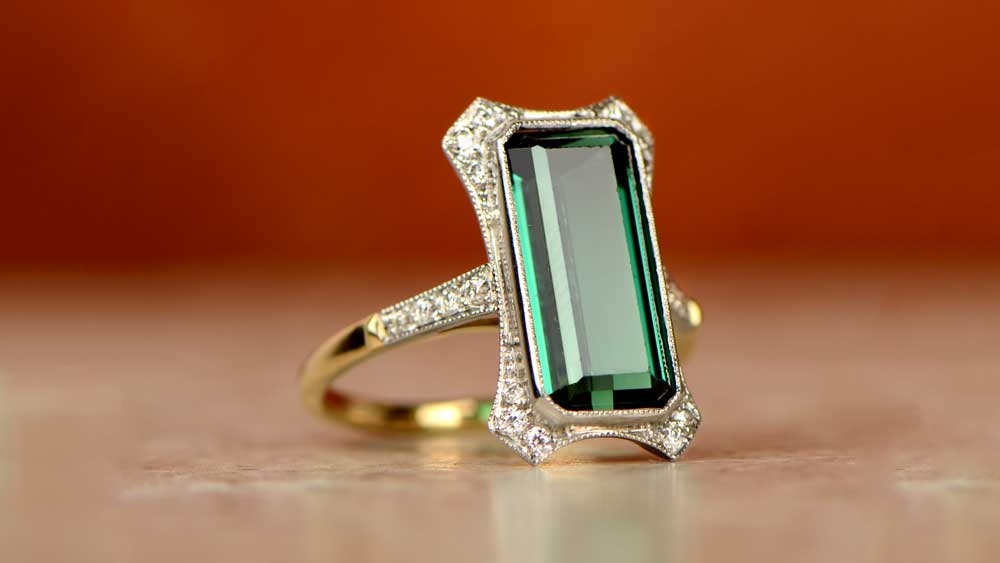 A beautiful Tourmaline and Diamond Ring from our Collection

Opal is a type of silica. Heavy rain carries surface silica deposits underground, where it settles in cracks between layers of rock. When the water evaporates, these deposits create opal. Opal itself is between 3 and 21% water, with gem quality stones having between 6 and 10% total water content. It is only between 5.5 and 6 on the Mohs Hardness Scale, meaning it is prone to cracking or having a crazy paving effect if it becomes dehydrated or left in direct light for too long.

Tourmaline is reasonably tough and durable. Rather than being a single mineral, several different minerals occur within the structure to a greater or lesser degree. The wide range of minerals in each stone is what leads to the vast range of possible colors. In some circumstances, more than one color occurs in a single crystal. A specific type of dual-color crystal has a red center and a green exterior. This particular tourmaline has acquired the name “watermelon tourmaline”. With a hardness of 7-7.5, tourmaline is durable enough for everyday wear and has no inherent problems with fracturing or color fade.

For almost as long as opal has been known, the cause of the play-of-color in the best stones remained a mystery. It wasn’t until the 1960s that the discovery of microscopic silica spheres within the structure explained the phenomenon. The spheres diffract light in all directions, leading to the myriad colors on the surface of the stone.

The composite nature of tourmaline means colors occur almost at random, even within the same deposits. Iron, manganese, vanadium, chromium, titanium, and magnesium are some of the trace elements affecting color. The amount of each element will define the final color of an individual stone. In the Paraiba region of Brazil, a particular blue/green tourmaline is present. The element responsible for the blue color is copper, and such deposits only occur in Brazil and very localized areas in Africa. Paraiba tourmaline of high quality is amongst the finest tourmaline known.

Opal and Tourmaline In Jewelry 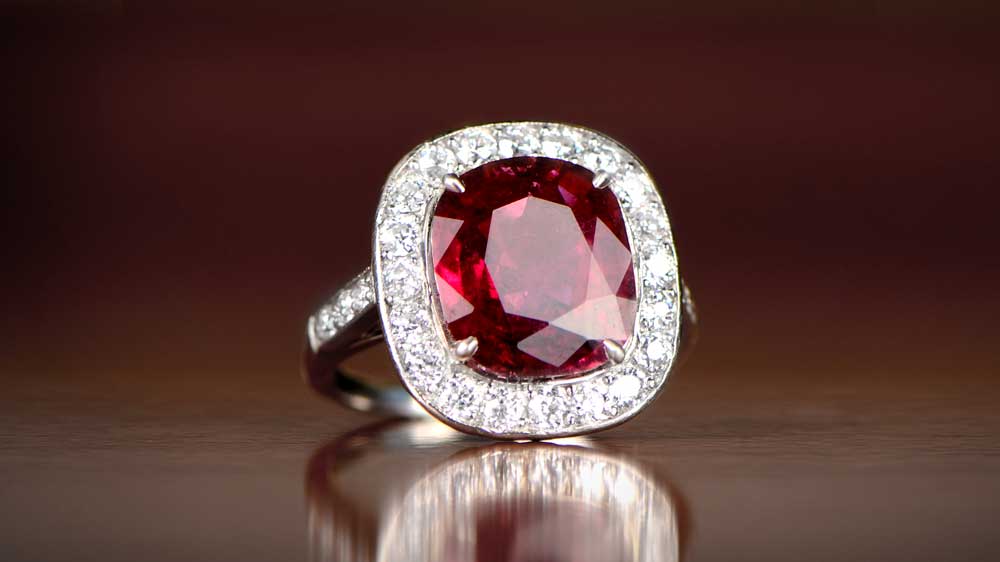 Because of the colorful properties of both opal and tourmaline, jewelry made using either tends to be unique. With opal, in particular, the higher the play-of-color present in the surface of the stone, the better the perceived quality. Although used in rings, unless the design calls for a large stone, the color play can be lost. Instead, opal is commonly used in brooches or necklaces where the colors can be shown to maximum effect.

As with many gemstones, the deeper and richer the color the better, and tourmaline is no different. Away from the premium applied to Paraiba tourmaline, red or pink are often the most desirable colors. Dark tones, which can appear almost black in certain light are not so desirable and are usually available quite inexpensively. Due to the long, stick-like crystals, tourmaline lends itself well to oval or cabochon cuts. Large stones do appear, but it is rare to find a Paraiba tourmaline stone above 1 carat.

Picking The Right Opal Or Tourmaline For You

With opal, it really does come down to what you like. In a precious opal, the combination of colors can be extreme and may be too much for some tastes. Even common opals, though, can have some color play. There’s no scale of color or color quality to refer to, so your eye will be what counts. Consider the intended setting to get an idea of what will work.

Tourmaline is a little easier. The range of colors can make choosing the right stone a relatively simple affair. Such is the variety of shades, even within the same nominal color, that you would be hard pushed to fail to find the right tourmaline for your purposes.  Inclusions are common in all colors, but have less impact on price in red or pink stones, due to their relative popularity.

Click here to view our tourmaline rings. Use link to view our entire collection of vintage rings.

Caring And Cleaning For Opal and Tourmaline

Opal is a very fragile gemstone, by the standards of the genre. It dries out and cracks, it scratches easily can easily suffer damage from impact. Despite this, a little thought and care can mean your opal jewelry provides a lifetime of pleasure.

For cleaning, use only warm water and a drop or two of mild dish soap. use a very soft toothbrush to gently work loose any trapped dirt. Avoid chemical or ultrasonic cleaners. Both will damage the opal significantly. Some opals benefit from being stored in water to avoid rapid drying that will ruin the stone. Check with your jeweler if this applies to your opal.

Tourmaline, although not as sensitive as opal, should still only be cleaned with warm water, mild soap, and a soft toothbrush. If you are in any doubt, take it to a professional.