In simple terms, a facet is a single aspect of a three dimensional object. In the case of diamonds, there are usually many facets, each cut precisely to maximize the light reflecting properties of the stone. How many facets depends on the cut itself, with the modern round brilliant cut having 58 facets. Or 57, which we’ll explain shortly. 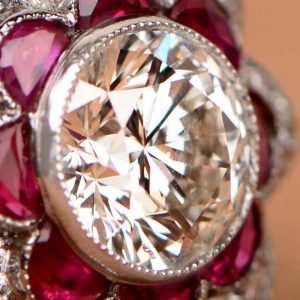 We mention the round brilliant, as this cut accounts for around three quarters of all diamonds sold today. In the main, if you want something other than a round brilliant cut, but don’t want to go down the route of cushion or one of the rectangular cuts, then it is almost certainly antique diamonds that you will need to look at. The basic model for the modern round brilliant was defined in 1919 by Marcel Tolkowsky and, although Tolkowsky never intended it to be anything other than a template to be used as a starting point for cutting diamonds with the maximum brilliance, it has since become a de facto method of producing the round brilliant cut.

Today, when we see a generic diagram of a diamond in profile, it is almost always the Tolkowsky model that is used.

You will usually see the round brilliant described as having 58 facets, as we did above, but that’s not always true. The 58th facet is actually the tiny facet right at the bottom of the pavilion of the diamond which, when viewed in profile, will look flattened. Many round brilliants are cut without incorporating this 58th facet, with the pavilion coming to a perfect symmetrical point. This is when a particular stone will be described as having 57 facets. Such an anomaly is generally only common to the modern round brilliant cut, as most other styles will use this bottom facet as a matter of course. Usually, if a diamond has an even number of facets, it will have the culet, odd numbered facets will not.

Most popular diamond cuts will have somewhere between 50 and 58 facets, as this is the range believed to show the stones at their best. Each cut, however, will bring its own unique set of properties based on the overall shape and the proportions of the crown and pavilion. 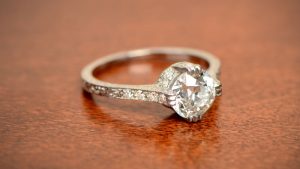 Diamonds are cut with light in mind, but not always with the same intentions of how to use it. Round brilliant cuts are, as you’d expect, designed to maximize the brilliance of the stone in how it reflects the light that enters it. The precursor of the round brilliant, the old European cut, although similar in many ways to the  round brilliant and also containing 58 facets, was cut to promote the color and clarity of each stone, rather than the brilliance. The difference is achieved by the depth of both the pavilion and crown of each style. An old European cut will be much “steeper” on both counts, and will have a smaller table. There will also always be a culet in old European cut diamonds.

The more oblong a cut is, generally the fewer facets it will have. Asscher and emerald cut diamonds will have only 48 or 50 facets respectively, and these are usually of a much less complex structure than on round diamond cuts.

More complex, usually modern cuts, such as heart, pear or marquise will still usually between 56 and 58 facets, and there are some niche fancy cuts that go as high as 144 facets, with claims of extra brilliance. In our opinion, though, for all the current popularity of the brilliant cuts, we can’t help loving the charm and warmth of an antique diamond. Character is often sacrificed in the quest for perfection, and the added certainty that every antique diamond, whether old European, old mine or any other cut is unique due to it’s hand-hewn characteristics means there are always stories to be told. 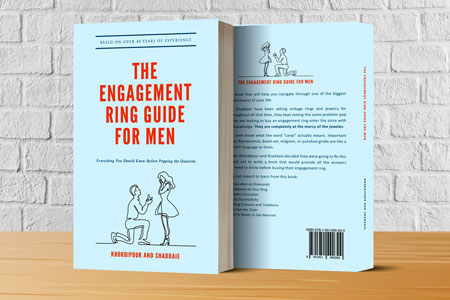 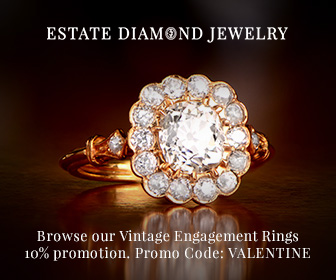