Birthstones are one of the most fascinating influences when purchasing a gemstone jewelry, and those born in January have a wonderful gemstone to be proud of.

In this article, learn everything that you will need to know about the Garnet, the Birthstone for January.

What is the Birthstone for January?

Garnet is the only birthstone for the month of January. Garnet takes its name from the old English word “gernet”, meaning “dark red”.

Therefore the expected color of a garnet is no surprise. The name “gernet” derives from the Latin word “granatus”. “Granatus” is also the root for the word “pomegranate”. Small red garnets resemble the small red seeds of the pomegranate fruit.

However, the deep red gemstone we typically see is but one of a range of types of garnet.

Myths About The Garnet 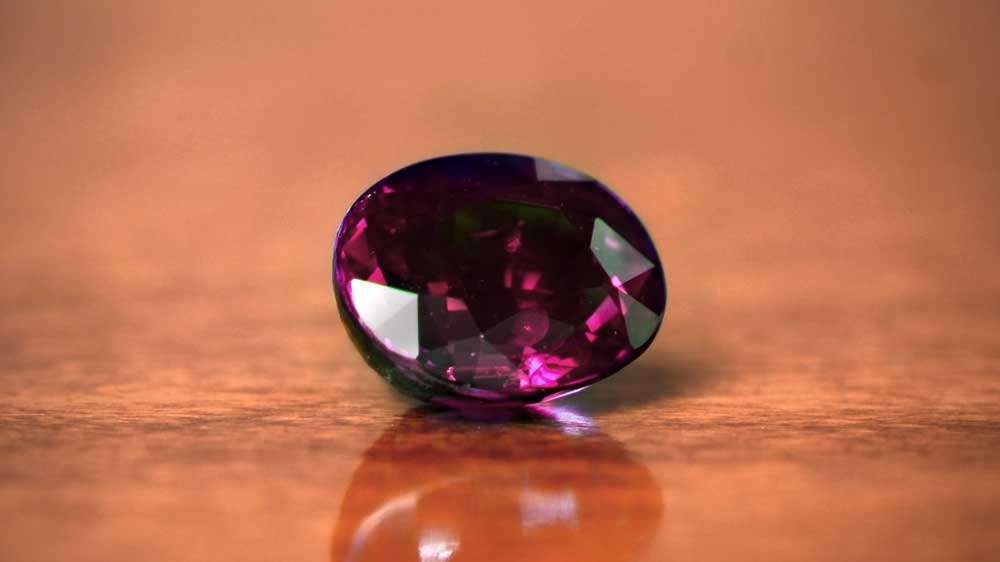 All gemstones have myths and legends attached to them, and birthstones even more so. Garnet, though, goes even further with the range of folklore surrounding it.

Peace, prosperity, and health have long been associated with garnet. This may have some bearing on why it is the birthstone for January, with the new year symbolizing new life. It is also said to nurture and seal friendships.

However, garnet is also believed to bring misfortune upon those who act improperly whilst wearing it.

Where Does Garnet Come From?

References to garnet being used in jewelry can be traced back over 5,000 years. The Ancient Egyptians used it frequently as a symbol of life, and garnet was very popular in ancient Rome.

Different types of garnet occur in different locations around the world. Pyrope, the type which produces the deep red color we are familiar with, is common across the US. Deposits can be found in Colorado, Wyoming, Arizona, and North Carolina.

Historically, the Czech Republic was an important center of the garnet trade. Many Bohemian castles and important buildings used garnets extensively for decoration and good luck. Garnet is still be mined in the Czech Republic but the remaining deposits are very limited.

Garnet is available in a wide range of colors, ranging from yellow to black. Each color has a different chemical composition which alters the basic make-up of the stones.

True garnets are magnetic, being the only gemstone to demonstrate such properties. Because of their visible similarity to cheaper stones, a neodymium magnet needs to check whether stones are garnet or not.

All garnets are silica-based, but have other properties which create entirely different – but related – gemstones. In pyrope garnet- from the Latin pyropos, meaning fire-eyed – it is a magnesium aluminum compound which typically creates the beautiful red color.

Crystals of garnet can be any size or shape, from sand-like grains up to large examples weighing hundreds of carats. Very large stones are rare, however. Garnet paper is very popular with cabinet makers to finish pieces.

On the Mohs hardness scale, garnet ranges from 7.5 – 8.5, depending on the type. 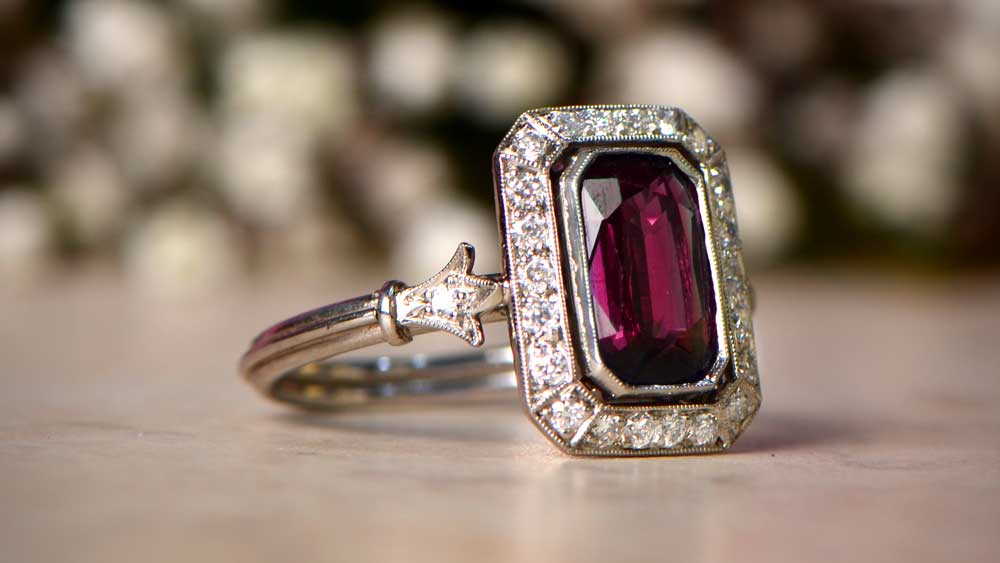 Most precious and semi-precious stones have natural cleavage. Natural-cleavage means that a stone can split along a reasonably predictable line before cutting and polishing. Garnet shows no cleavage, and so any splitting of the stones creates sharp, unpredictable fragments.

Many garnet stones undergo polishing without any prior cleaving. This creates cabochons rather than cut stones. Modern laser cutting techniques, however, have fixed this problem.

How to Shop for January Birthstone

Gem-quality garnet is a little unusual in the range of the prices each stone can fetch. Lower quality stones can go for as little as $100 per carat. The best quality garnets can go for 50 times as much.

Cut or polish quality has a big impact on price, as do color and clarity. Assuming you are looking for the red, pyrope garnet, then the deeper and more consistent the red across the stone, the better. Check each stone in both natural and artificial light, as it may react differently.

Some garnets do have inclusions, and these can create interesting and beautiful effects within the stone. However, the light should still spread evenly across the surface with no significant shadowing.

Although a tough gemstone, garnet will occasionally suffer chipping or even shattering. Always take care of your garnet jewelry, especially when doing activities which may knock the stones in any way.

Garnet isn’t heat-treated to improve its look. It will withstand heat better than most other stones. If your ring is especially dirty, leave it to soak in warm (but not hot) water for 20 minutes, and then use a baby toothbrush to loosen and remove the dirt from under and around the setting.

Once finished, rinse the ring and gently dry excess water off with a lint-free cloth before air drying the ring naturally.