As gemstones go, tourmaline is one of the most misunderstood. As a semi-precious stone, more well-known gemstones often take the focus of people’s attention.

Tourmaline is available in many colors and, on occasion, having two colors in a single crystal. Crystals may be one color at one end and a different color at the other. Alternatively, they may have different colors inside and out. Because the most common combination in these stones is red or pink and green, they have acquired the name watermelon tourmaline.

Despite having been brought back to Europe for many years, from Ceylon (now Sri Lanka), it wasn’t until 1703 that tourmaline was classified separately from other minerals. Native Americans have used the stone for centuries and, by 1900, the US was the largest producer of gem-quality tourmaline. Maine and US are the two regions responsible for most tourmaline in the US. From Maine, stones tend to be deep pink or green and, from California, bright pink and bi-colored stones.

Other regions which produce tourmaline are Afghanistan and throughout Africa. However, it is Brazil which has proven to have some of the most remarkable deposits. Specifically, it is the state of Paraiba which contains deposits that have very different compositions to other regions. 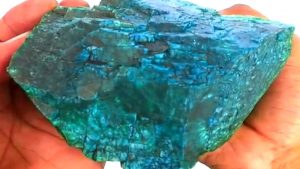 Such was the significance of the Paraiba deposit discovery, that all similar stones carry the name. Although some dealers do object to this, preferring to use the Paraiba name only for Brazilian tourmaline.

Prior to 1989, each separate deposit was known to contain one of several trace elements, resulting in different and distinct colors. Iron creates blue-black to deep-brown stones and magnesium yellow to brown. If lithium is present, almost any color can result. The one thing all three do have in common is an unusual one as far as gemstones go. Although many minerals are magnetic, this is usually because of the metal traces they contain. Even then, the fact that they are magnetic usually requires a special Neodymium magnet, which tests for even the smallest rate of magnetism.

Why Paraiba Tourmaline Is More Expensive 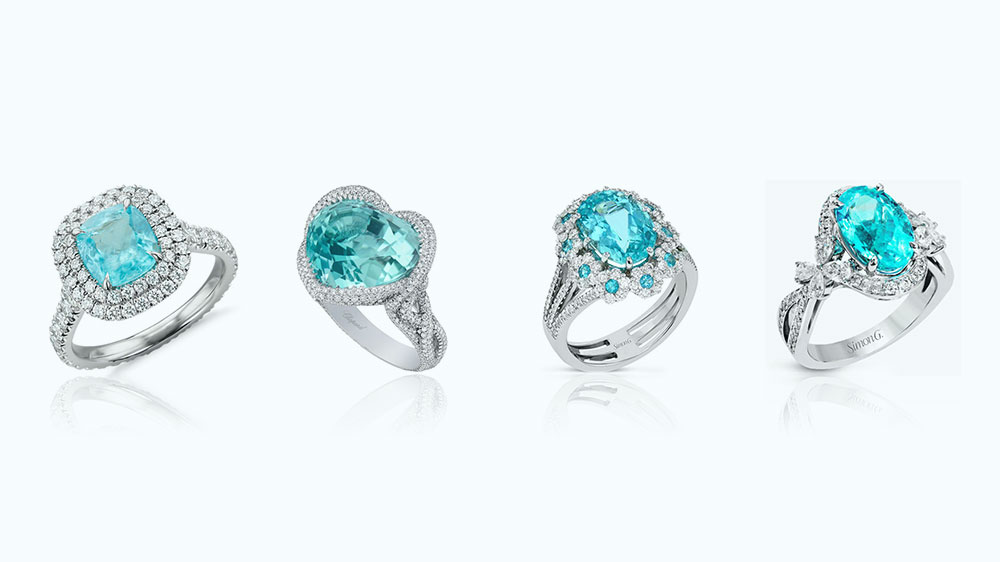 The copper traces in Paraiba tourmaline produce a blue or green color. However, the deposits in Paraiba can be almost any color. The difference is that the colors tend to be much richer and deeper than elsewhere.

That’s not to say that deep color, high-quality stones only come from Paraiba, but the frequency is much greater. The best Paraiba tourmaline can rival sapphires and rubies in value, often fetching well over $10,000 per carat. Most tourmaline has an advantage in that larger crystals are relatively common. Paraiba Tourmaline over 2ct, though are extremely rare, and only a small handful of Paraiba tourmaline stones over 3ct exist. In other Paraiba tourmaline deposits, in Africa for example, stones above 5ct are very common.

With most gemstones, inclusions are undesirable. Rubies, sapphires and emeralds are all treated in some way to reduce the visibility of any inclusions or flaws in the stones. For Paraiba tourmaline, though, the only important factor is the color. If the color is good enough, the dismissal of even heavy inclusions as a factor in valuing the stone is normal practice.

Clarity, whilst a major part of valuing diamonds and other gemstones, is incidental for tourmaline. Of course, if two stones have identical color depth, that which is less included may have a higher value, but it is not always the case.

Although chemically similar to tourmaline from Paraiba, African deposits are identified by the presence of lead. Because the practice is to call all copper-containing tourmaline Paraiba, care should be taken when to correctly identify stones prior to purchase. True Paraiba tourmaline carries a premium for a reason, that being the extraordinary depth of color. African tourmaline doesn’t have the same quality but sees an increase in price just by attaching the name.

It takes a qualified and experienced dealer to spot the difference between the two. As well as the presence of lead, any stone offered to them which is unusually large is an almost certain indication that it is of African origin.

That’s not to say that African tourmaline isn’t good quality, it most certainly is, but it isn’t true Paraiba quality.