We’ve all seen the videos on YouTube of a spectacular and meticulously planned proposal. But what if that’s not your style, or it’s not what your partner would appreciate? What if a flash mob would just prove embarrassing? Or if dropping to one knee in a restaurant would cause more concern than joy?

Despite how things seem to have changed, proposing at home is still a thing. Such a thing, in fact, that it is still the single most popular way to ask someone to marry you. But that doesn’t mean you can’t make just a little effort. After all, this will hopefully be the one and only time you get to ask this particular question. Making it a little bit special will create a memory to last a lifetime.

If proposing at home sounds good, but you need a little help with the method and execution, we’ve got the answers here.

Say It With Food 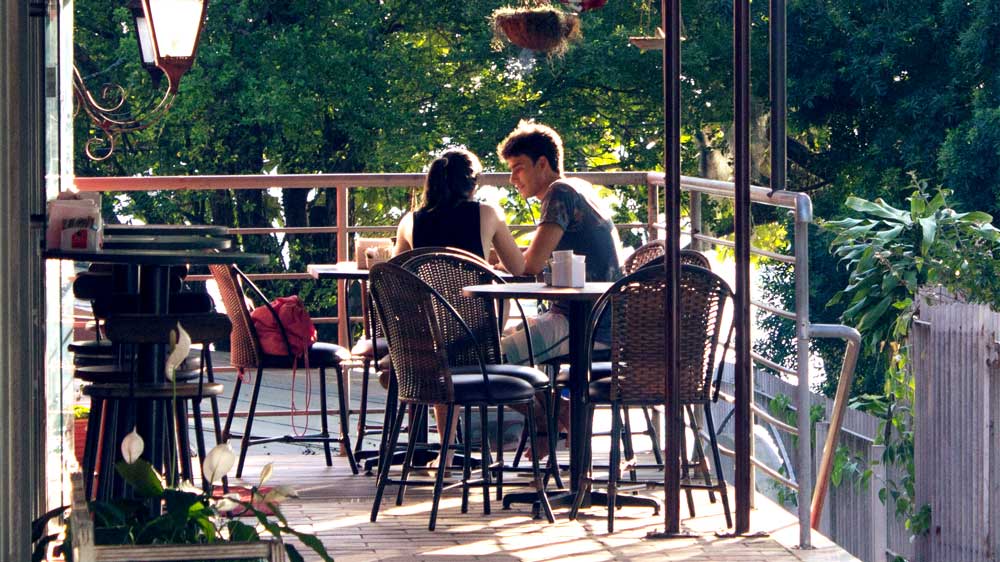 Generally speaking, meal times are amongst the most relaxing times of the day. Work, TV, our phones, all are put aside (or should be!) to enjoy a meal together. Breakfast in bed is a great way to propose. As well as being very romantic and thoughtful to make breakfast, it also says that it doesn’t matter that she has no make-up or has huge bed-head going on. What matters is that you love her. You can place the ring strategically on the tray – but NOT in the food! – or just ask when the time is right.

A Bath by Candlelight 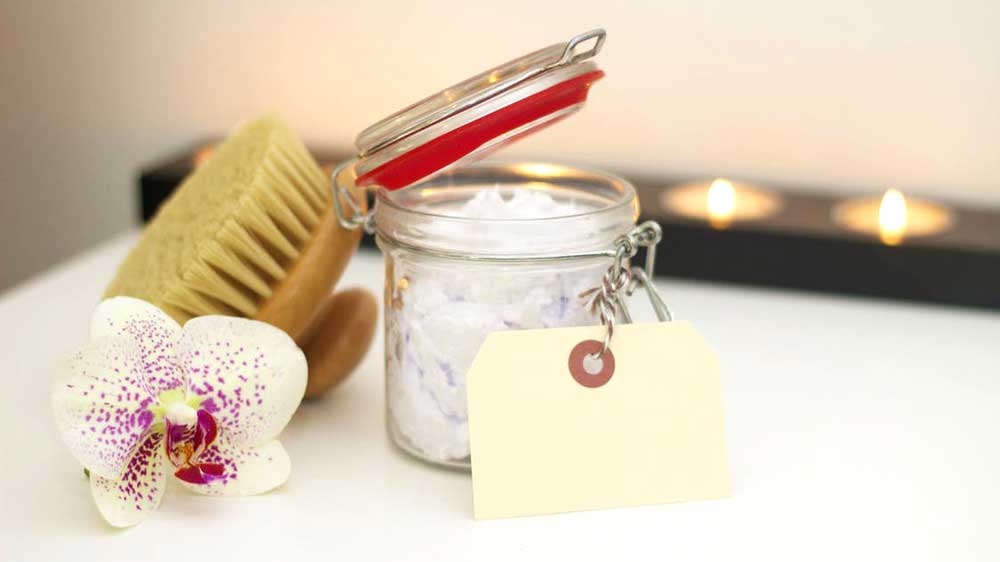 Taking a bath together is just one of the best things after a long day. It doesn’t even need to develop beyond just being together, isolated from the world and with only the other person to concentrate on. In such circumstances, who could say no to a proposal of marriage? It’s romantic, it’s personal and it’s perfect. 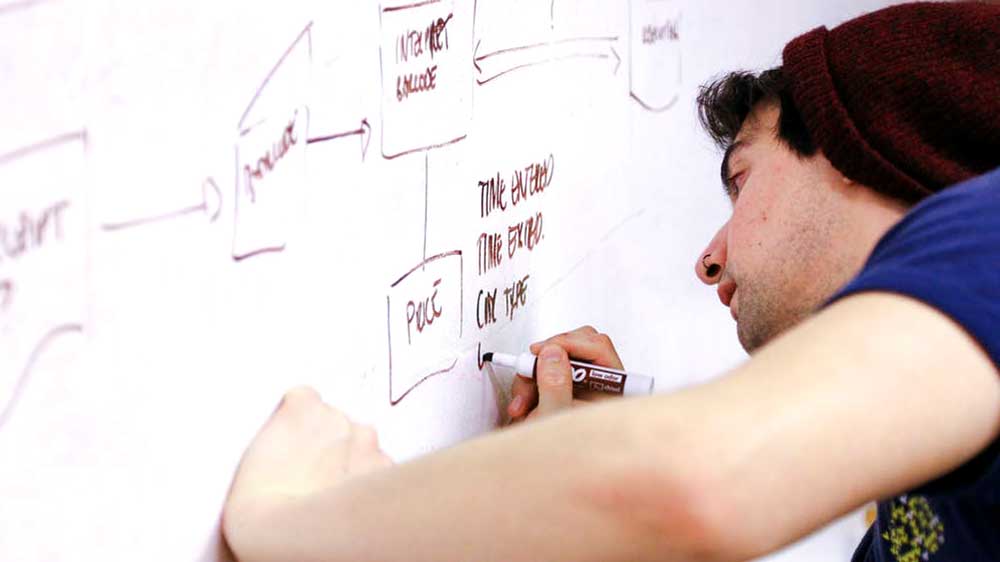 Whiteboards are great, especially when they contain a few lines about how happy she makes you and that you’d like her to be your wife. You will need to know her routine, so as to choose the best location for the board. Kitchens work well, or even the bedroom so she sees it when she comes out of the shower.

This is one of those proposals that takes a second or two for everything to click into place as she reads the words. When it does though, hold on tight. 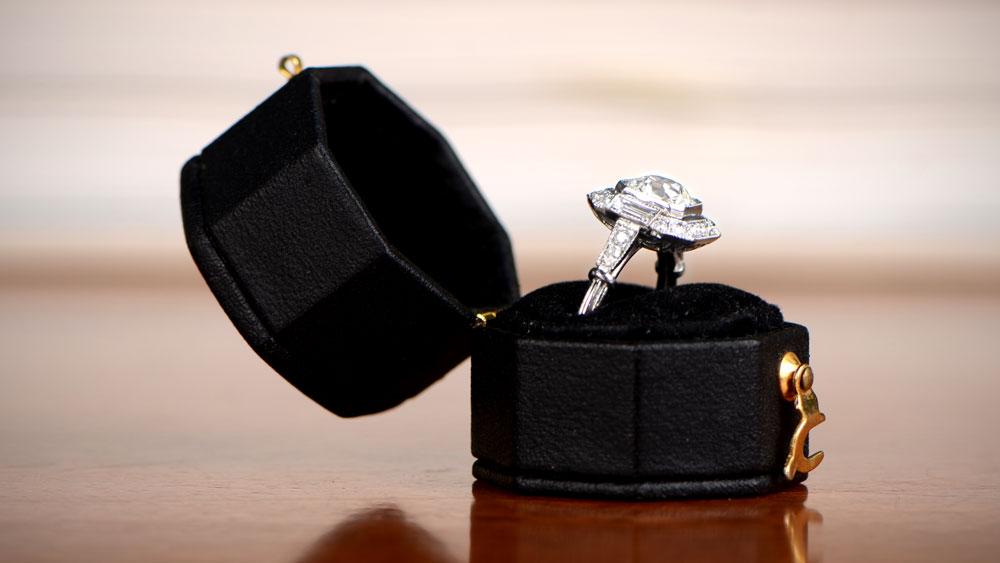 Undoubtedly, your partner will have some jewelry pieces that she wears almost every day, and at least one will be a ring. Once she has taken the ring off and put it in its box, pick your moment to switch it for an engagement ring. You do need to make sure you’re there when she next opens the box, of course, as there may be some initial confusion. Your reasoning for this proposal? Well, if she’s going to wear a ring every day… 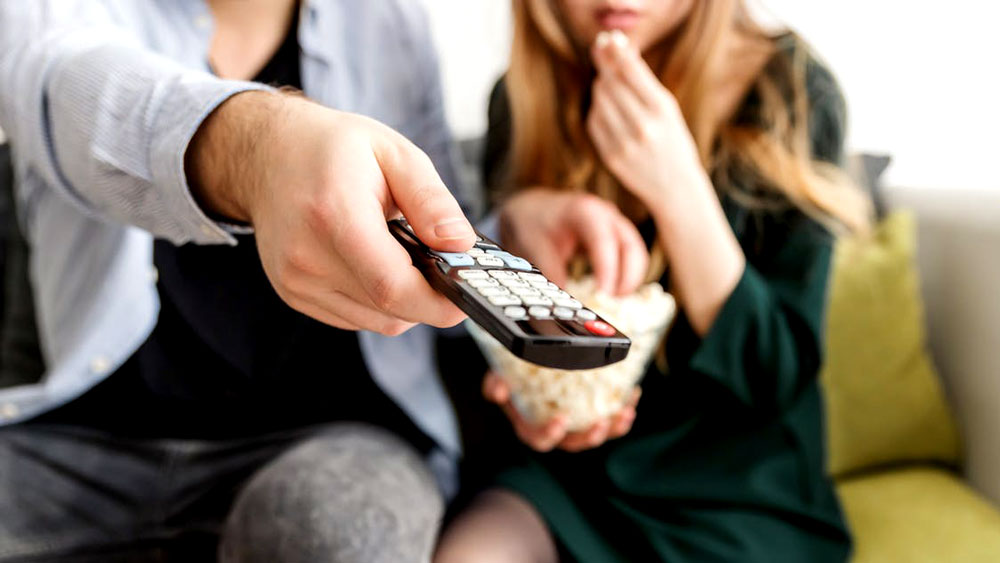 We’re not asking you to recreate the famous proposal where the guy shoots an entire movie about his journey to the theater whilst his girlfriend watches.

Our way is much simpler. Set up for a movie night, with popcorn, nachos or whatever else she likes, hit play on the movie, and excuse yourself from the room. Let it show the short movie you shot earlier on your phone. Explain in the movie how much you love her and, right at the end of the scene, produce the ring. When she looks around to see where you are, be ready, ring in hand. 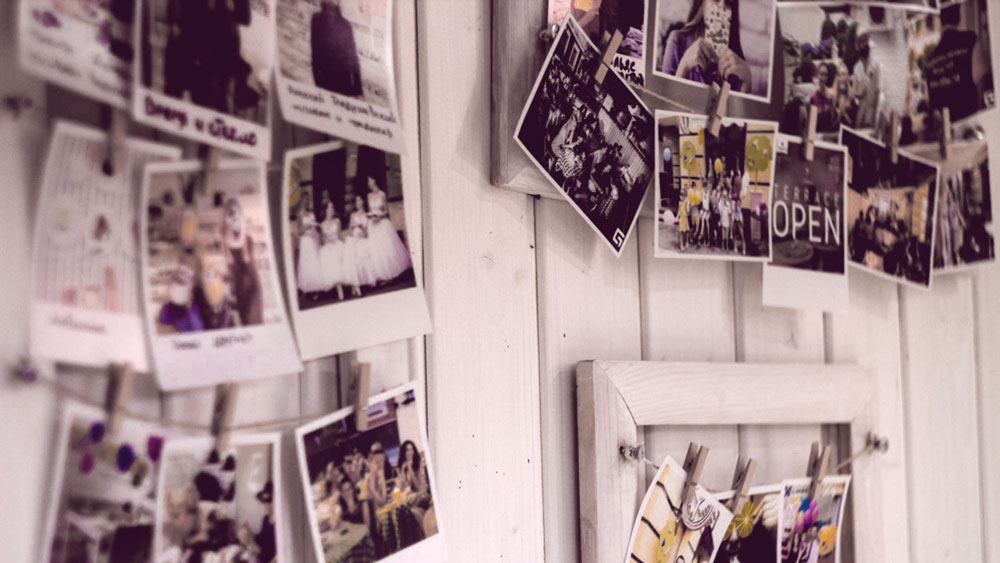 Along the lines of a treasure hunt, but a little more personal in many ways. When she walks in from work, or whatever, start a trail in chronological order of pictures from the entire length of your relationship. They don’t need to be professional quality. This is about the memories the pictures evoke. Selfies, silly shots at home or on vacation, anything which documents your time together. For the very last image, have a new picture of yourself, holding out a ring. 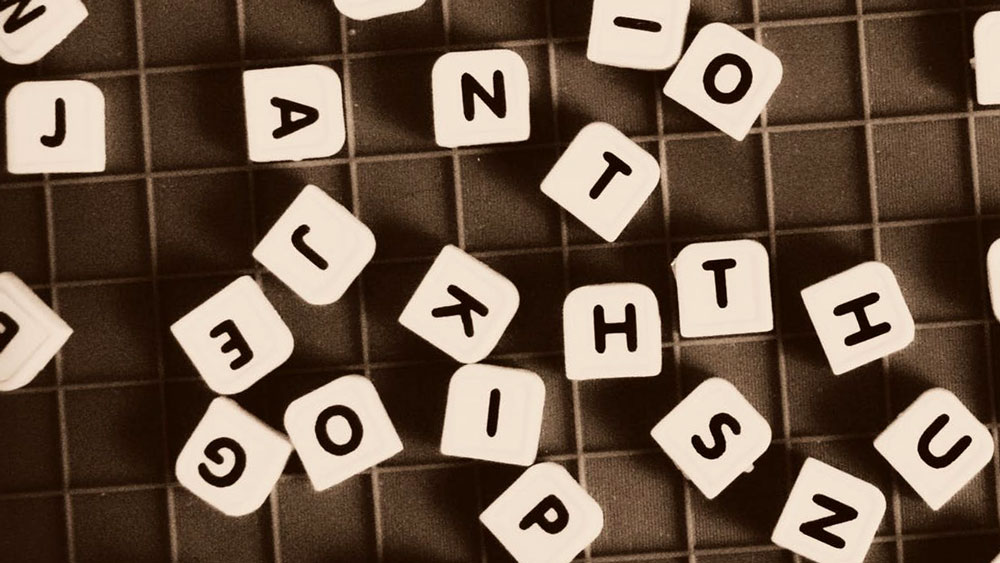 This might need a little help from a couple of friends. Choose a board game or anything that can be manipulated. Pictionary works particularly well. Have your friends in on the ruse, and when it comes to their turn to draw the word, make it a proposal on your behalf, split across the two boards. The details are up to you, but make it easy enough for her to guess! 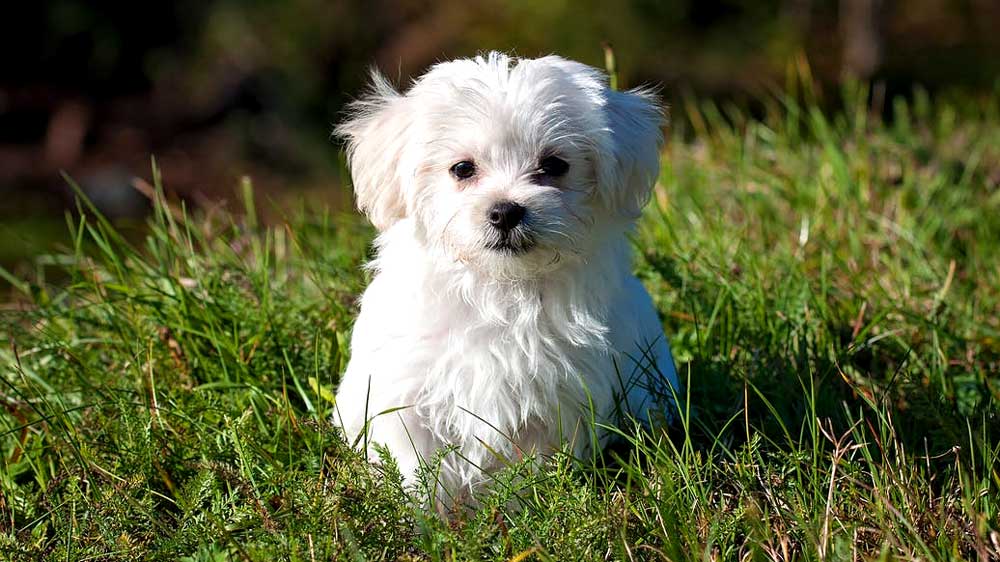 If you have a dog, it’s a great way to deliver the ring or another message. Dogs are, usually, obedient and cooperative – far more than kids sometimes! You can attach the ring or a note to his collar and get him to do what he does best, climb all over the two of you on the couch. It will need some dry-runs and will depend on how your dog reacts to certain things, but it’s a lot of fun. 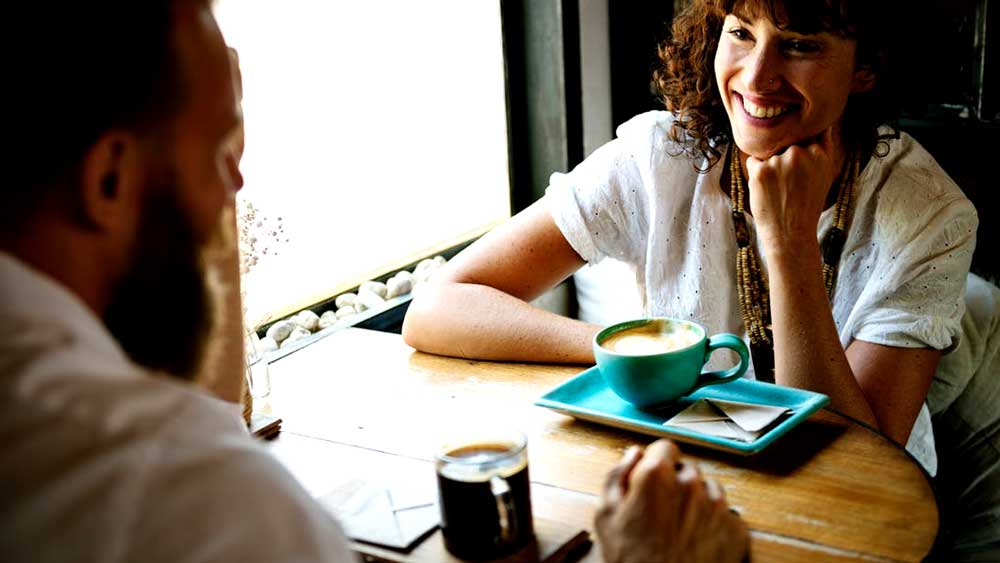 It doesn’t matter where you are, or how you do it. Yes, making an effort to make the proposal a little bit more special is great but, when the dust has settled, does it matter? Sitting on the couch, having a cup of coffee, sharing popcorn, any situation is right for a proposal. Just make sure you know what the answer will be before you take the ring out!

If you do decide that you do want the loud and exciting proposals, feel free to take a look at our proposal idea article. The most important part of the proposal is the personal touch. Don’t prepare a massive proposal that is impersonal. This is an important step in your lives. Make it about the two of you.