There are more types of ring setting than probably most people realize. Prong, bezel and invisible are settings are common settings for rings, of course. One which is becoming more common, but which gets far less recognition, is the channel setting.

What Is A Channel Setting 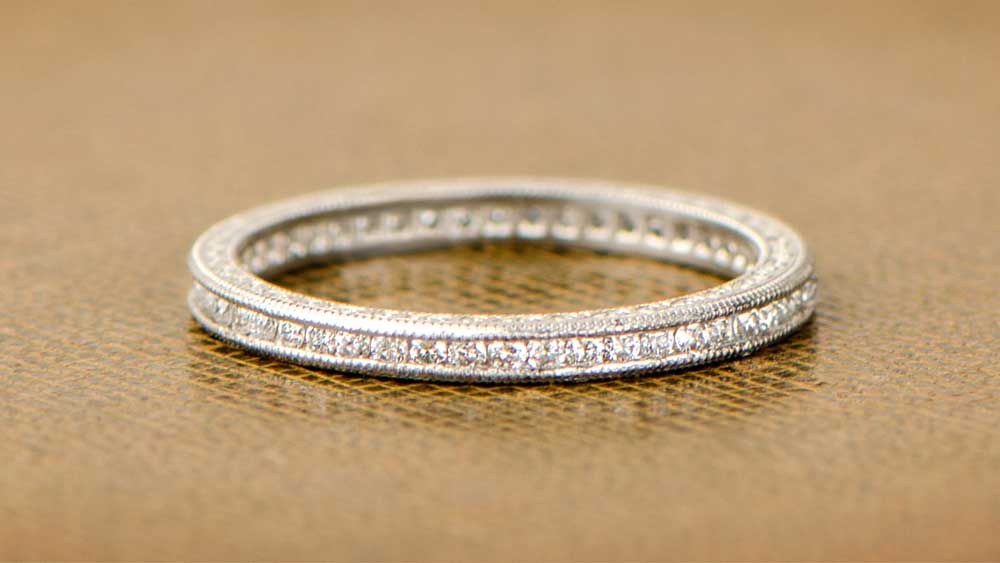 A channel setting isn’t complicated, actually, and is exactly as the name suggests. The band contains a specially cut channel, into which is set small stones such as diamonds. They are kept secure either by the lip of the groove being narrower than the stones or by special grooves in the wall of the channel.

The band itself is thicker and deeper than usual, in order to facilitate the channel.

The end result is a modern take on Art Deco, with symmetry and clean lines. Over the past 25 years, the channel setting has risen in popularity significantly. It allows the center stone to take priority in the design but adds considerable visual interest.

The Versatility Of A Channel Setting 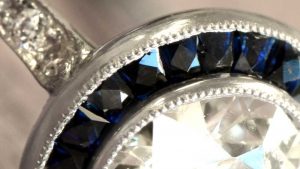 When a ring has a channel setting, this is usually not the only setting contained in the design. The center diamond will still be prong or bezel set, for example, with the channel setting being confined to the band or halo only.

If you are familiar with eternity rings, the effect is very similar. The key difference is that the ring will still have a center stone in its own setting.

The shoulders of diamond engagement rings often contain smaller diamonds, of course. The difference is that these are usually set individually into the band, rather than being in a true channel setting.

Pavé also has a similar effect, especially if the stones are square or cushion cut. Again, the difference is that pavé is very much a surface feature, rather than in the recess of the channel setting.

The Advantages Of A Channel Setting

All settings can, if not cared for properly, allow the setting to loosen. The problem with diamonds and other precious stones is that they are actually very light in comparison to most everyday objects. It is likely that, should you lose a diamond from the setting, you won’t know until much later.

A channel setting is much more secure than a prong or bezel setting. The nature of the recessed setting holds the diamonds very safely. That’s not to say that a heavy enough knock or other event won’t loosen the stones, but it is far less likely than in other settings. This lower profile also helps to protect the diamonds from chips or fractures.

Another advantage of a channel-setting will if the ring is struck or hits something. A channel-set ring has a much greater chance of contact with the metal instead of the stone.

The Disadvantages Of A Channel Setting

We also talk a lot about keeping your engagement ring clean. This really does help to prevent loose stones and the general downturn in sparkle which occurs with dirty rings. The problem with channel settings is that they are quite difficult to keep in tip-top shape. The heavily recessed nature of the setting puts many of the stones out of reach of regular cleaning methods.

The metal and the stones in the setting will dictate how best to clean a channel set ring. We highly recommend speaking to your jeweler about the best way to do it. If necessary, have him do it for you. He will have the necessary tools to do the job properly.

Channel set rings are also very difficult to repair in the event of damage. The stones are cut specially to fit the channel. Assuming you can get a new diamond cut to the right size, it may be a difficult task to set the new stone. This can cause the older stones to loosen.

Finally, the most difficult part of owning a channel set ring is that resizing is unlikely to be an option. Or at least not by more than one size, and just maybe two. Changing the size changes the arc of the curve of the band. If you change the curvature too much the stones are likely to fly out like popcorn in a microwave. This, again, is where a professional jeweler will be your best friend. If a jeweler says don’t do it, then just trust him. Better a ring that is too big, than one which suffers irreparable damage.

How A Channel Setting Can Work Best For You 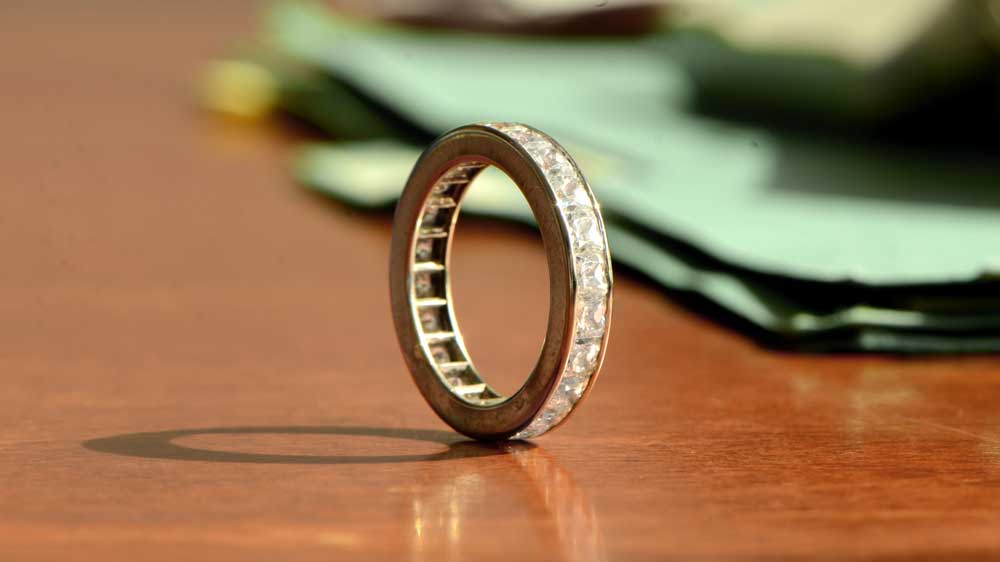 One great thing about channel settings is that they allow a massive amount of creativity to go onto the design. The channel itself will look different to any other type of ring setting. This means there are no expectations on what the ring should look like. Channels work in lines, curves, swirls, in white gold or yellow gold. In fact, as time has passed, we have seen just about every type of channel set design imaginable.

More and more estate channel set rings are becoming available but, until the market catches up with demand, you may be faced with having a brand new, custom engagement ring. This is no bad thing, of course. It means you can look at examples and choose something you like. Your jeweler will then be able to adapt it just for you.

The Channel Setting – The New Old

As we mentioned, channel set engagement rings are very often Art Deco-like in their design. The extra advantage they have over Art Deco is the level of flexibility the setting brings. Diamonds, colored stones, the different metals. In some sense, a channel setting is almost like the ultimate mix and match. Channel settings are a wonderful example of the creativity we see from jewelry-makers every day.