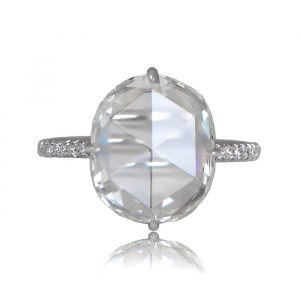 The starting point, really, should be what makes a rose cut so different? The key is in the origins of the cut. Because the first rose cuts were made in the 1500s, cutting techniques were much more basic, and the cut reflects this.

The common diamond features a crown and pavilion shape, but this is in fact quite a new invention.

What is a Rose Cut Diamond?

A rose cut diamond has a flat bottom, with no pavilion, and a domed top containing only 24 facets. This lack of a pavilion means the cut also lacks the optical properties of a more complex cut which incorporates more than twice the facets and a deep pavilion.

Put simply, the rose cut is only the top section of a typical diamond, without the bottom part.

The Decline of the Rose Cut 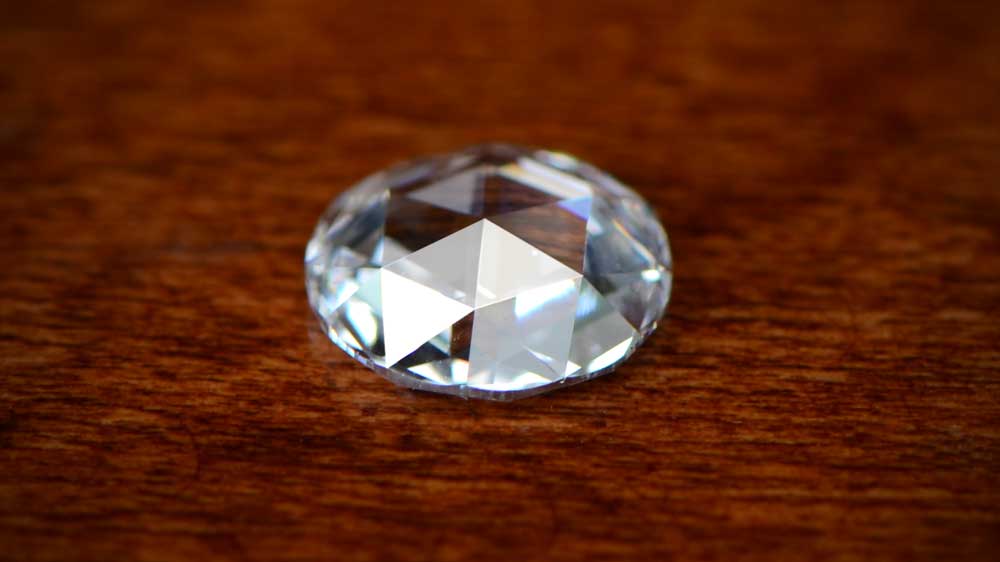 Once brilliant and other cuts came to prominence in the early 1900’s, the rose cut became somewhat forgotten. It is seen most often in antique rings from pre-Edwardian Era.

It is estimated that only 0.1% (or 1 in 1000) of modern diamonds are rose-cuts. The good news is that the 100-year hiatus hasn’t stopped the rose-cut from having a renaissance recently. 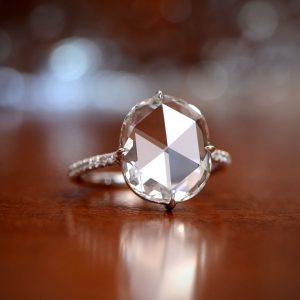 The rose cut, like the old mine cut, harkens back to gentler times when the shock-factor in design was still several decades – or centuries – away. It may be this, which allows the cut to live on.

It is also helped, like so many things, by an effective endorsement by a sports star or celebrity.

Aniston’s ring is actually not quite round. Instead, it has a slightly elongated shape, but this is quite common with rose cuts.

In fact, the rose cut is one of the most varied in the shapes produced. This could be because the cutters were less concerned with the absolute symmetry today’s laser cutting machines can produce.

The Rise of Antique Jewelry 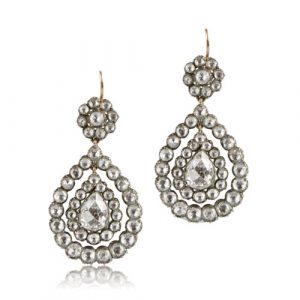 But can a single celebrity cause such an upturn in popularity as we’ve seen? Probably not, but it undoubtedly helps.

The last 30 years have seen a huge rise in the popularity of antique diamond rings. This includes rings displaying rose cut stones. Add to that, the fact that high quality rose cut diamonds are actually quite rare. This combination drives demand ever higher.

This is also why we see so many rose cuts with inclusions. Most antique rose cuts were cut before high power magnification was available, and many flaws were simply not seen with the naked eye. However, these inclusions, don’t diminish the appeal of the cut.

Whatever the reasons, the rose cut will be with us for a while yet.