Mark Twain may never have actually complained about the cold summers in San Francisco, but there’s no doubting the cultural importance the city has demonstrated over the last 100+ years. San Francisco may not officially be in the top 10 biggest cities in America, but it has a heart as big as any.

The city is historic and modern in equal measure and is a magnet for tourists. It is also one of the most popular places in the country for marriage proposals by visitors. Here, we look at some of the best locations available for the perfect marriage proposals in SF. 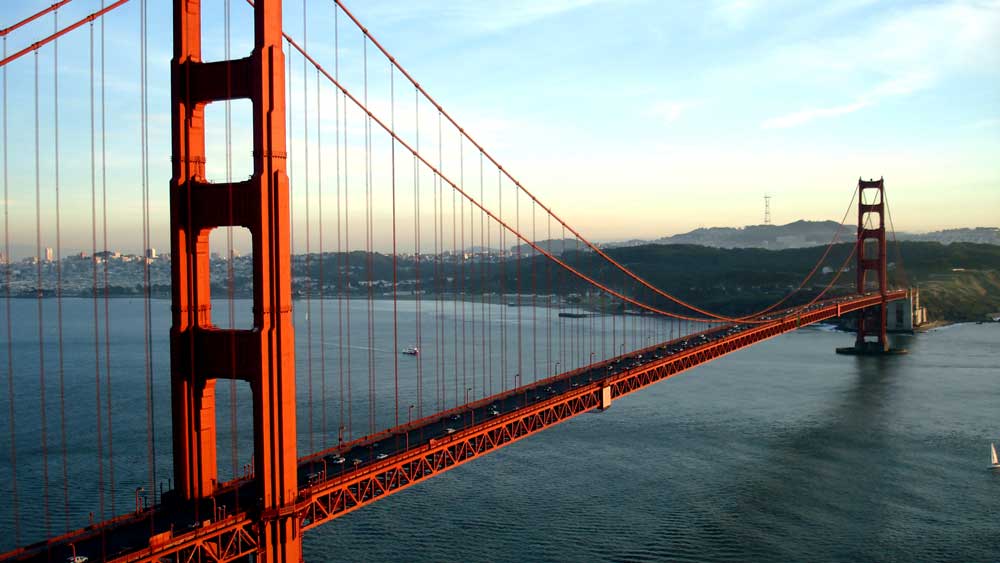 As far as bridges go, San Francisco has a doozy. It was designed and built with a combination of usefulness and beauty in mind, Initial designs were rejected due not the lack of aesthetic quality until the current design was chosen. The color was chosen to make the ship more visible in fog and has become a large part of the bridge’s legend.

Although probably as iconic a bridge as exists anywhere in the world, it isn’t actually the prettiest to walk across. It’s also often insanely busy at all times of the day. If you want to include the bridge in your proposal, head down to Baker Beach. It’s a pretty little bayside sandy beach which is quiet for much of the year. There are great views of Golden Gate Bridge and will be different from many bridge proposal locations. 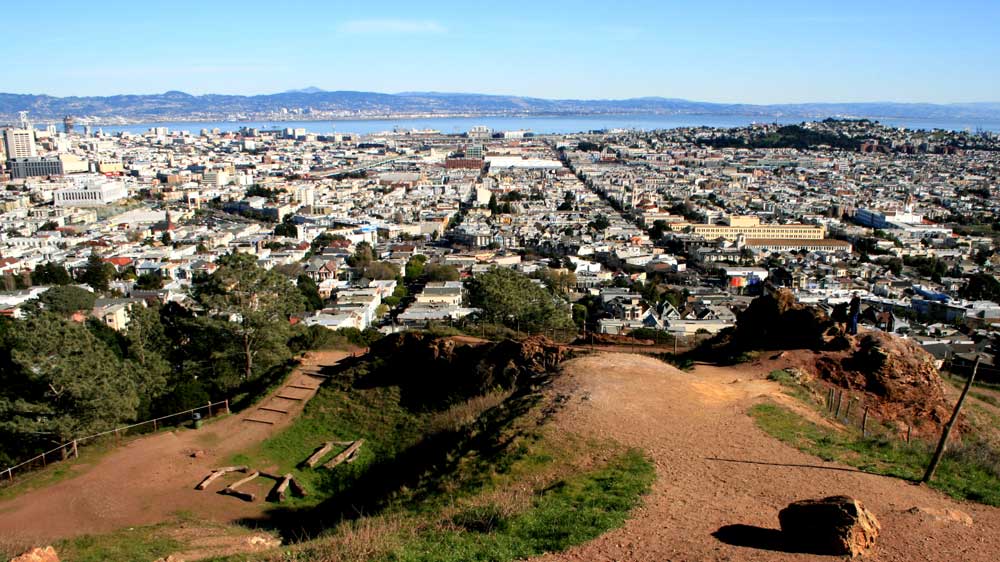 Corona Heights Park is one of the many green areas dotted around San Francisco. It is small and, to be honest, not all that green. It is largely orange bedrock and scrub plants, but has one of the most diverse ecosystems in the city. Although officially 520 ft high, the base of the hill to the top only measures 220ft, due to San Francisco naturally rolling topography.

It is nearby Buena Vista Park, with its walkways and lush vegetation which gets all the publicity. But it also makes it a very crowded place. Corona Heights Park remains quiet even in summer, and the rocks at the very peak are a great viewpoint. They are also flat enough to sit on and make a wonderful and very unique place to propose to someone. 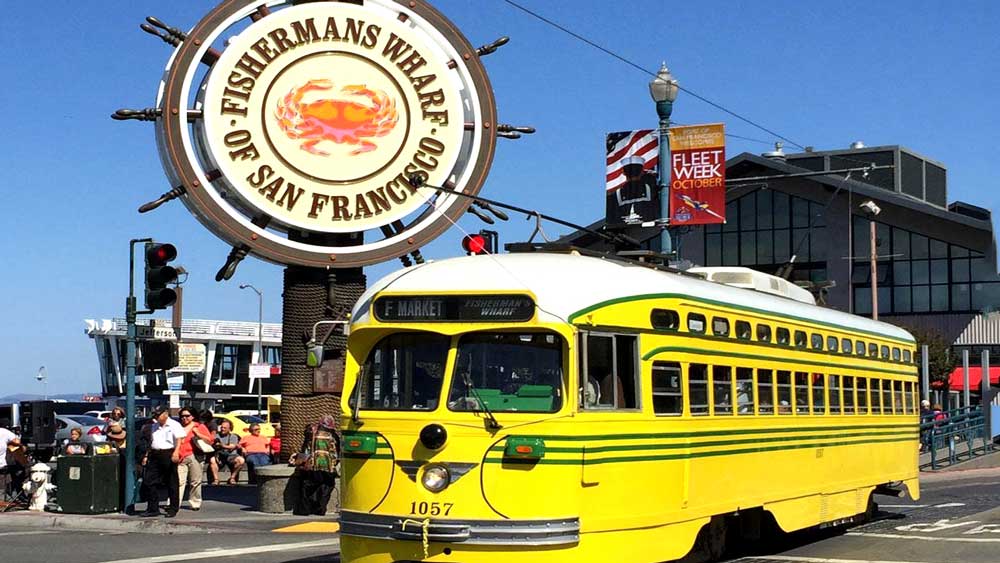 As a living, breathing reminder of the importance of San Francisco as both a port and the center of the fishing industry, the wharf is a fantastic place to visit. Take the streetcar or cable car, and make a day of it. Pier 39 is awash with seafood restaurants, many owned by the same families for generations.

Stroll around the wharf to see modern and past life collide magnificently. Sample the legendary Dungeness Crab, or a bowl of clam chowder which easily rivals the best Boston has to offer. Wander down to see the Sea Lion colony resident in the wharf area and, to a chorus of barks and slaps, pop the question to the person you love. It’s different, and it’s very special. 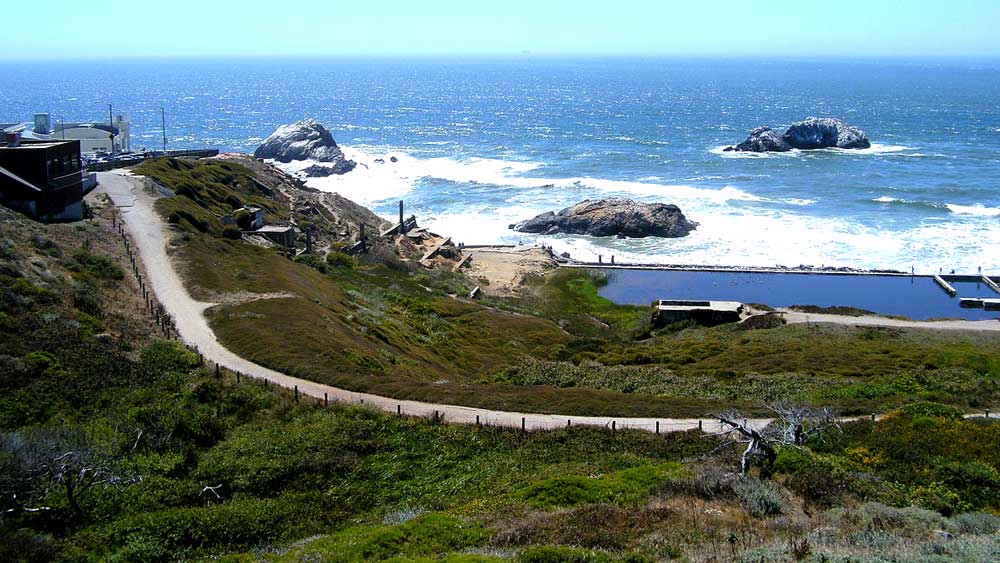 You’d expect somewhere called Lands End to be, well the end of the land. However, Lands End Park is neither the most northerly nor easterly edge of the landmass on which San Francisco stands. It is, though, one of the highlights of the city for many reasons. An easy 3.4-mile hiking trail takes in superb views of the bridge and the bay every step of the way, with hidden features and marvels like the hidden labyrinth overlooking the bridge itself.

Choose a clear day, as the all too regular fog and low cloud can make the bridge invisible from Lands End. Take a stroll along the Coastal Trail, find a quiet spot, and ask the question that brought you here. 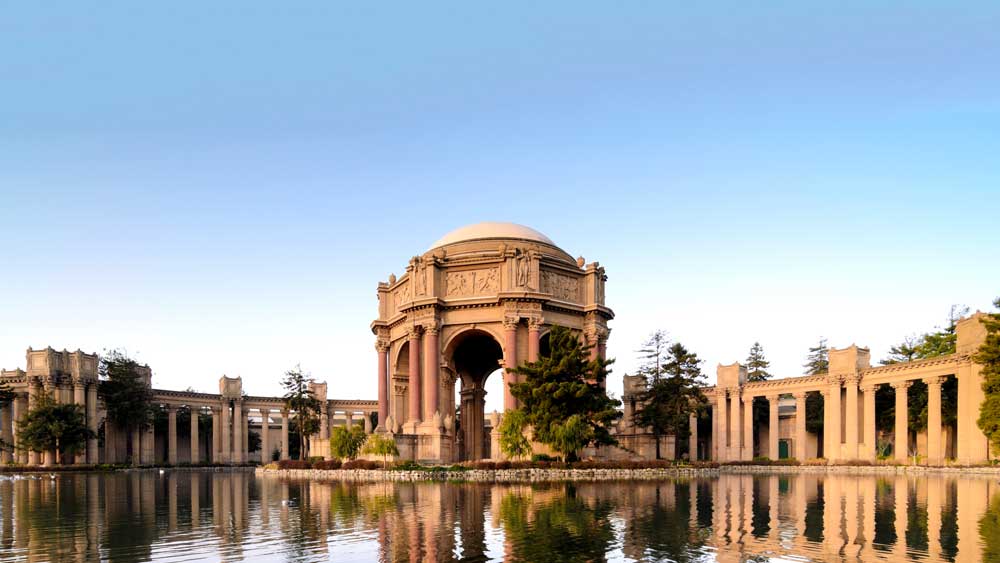 The Palace of Fine Arts is, quite possibly, the most beautiful building in San Francisco. The stunning rotunda, flanked by 500 feet of the pergola on each side was built for an exposition in 1915. The man-made lagoon on which the Palace sits adds to the sense of being anywhere but in a major metropolitan area. With the Marina District alongside, it is one of the most romantic places in the entire city.

The Palace of Fine Arts is one of the most popular locations for wedding photos in the city. One look tells you that it’s not hard to understand why. Avoid weekend daytimes, to miss the crowds, and use the pathway across the lagoon to get the best possible backdrop for the best possible proposal. 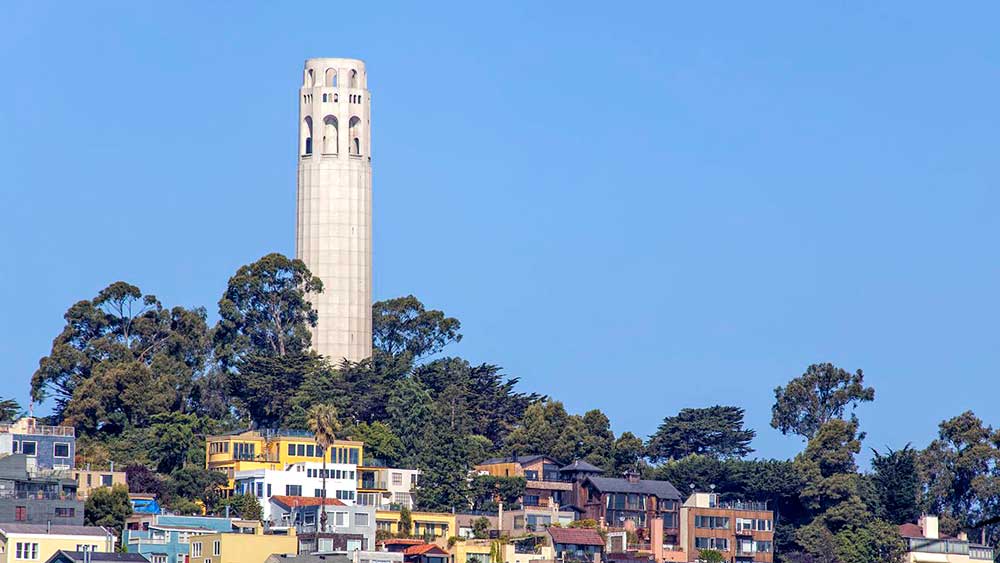 Close to the bay, the Coit Tower is a wonderful place to take the one you love. Although not especially high, it offers some of the best 360-degree views of any city in the country.

The tower, as well as not being particularly tall, is also not particularly wide. This means crowds are inevitable and can make proposing a less than private affair. However, all is not lost. The tower also has a private balcony. If you call ahead, you can check if the balcony is available for you to use. This will give you all the privacy you need. Take the bus to get there, though, Parking is very limited, and the wait for space can be an hour or more.

The Conservatory of Flowers 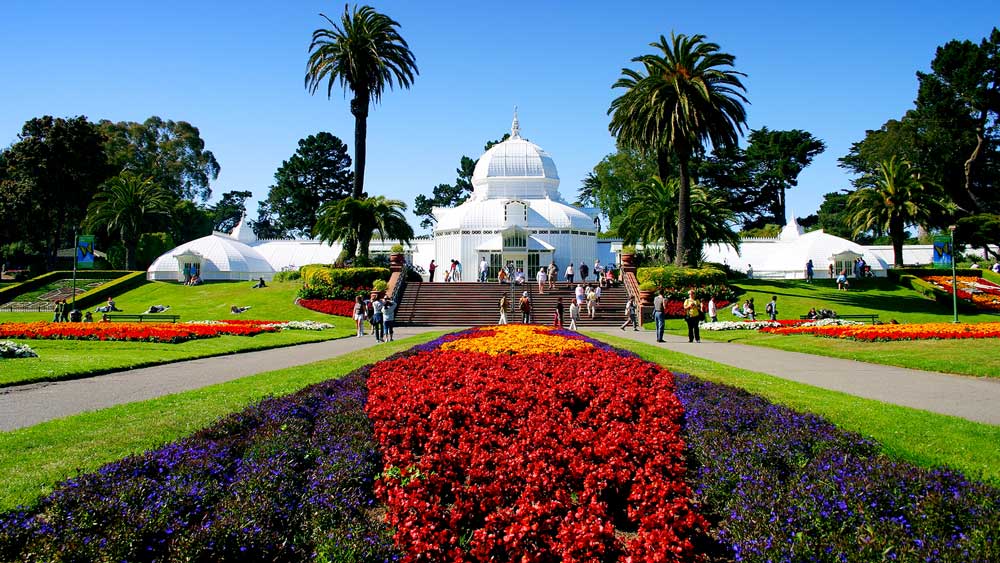 Located inside the Golden State Park, just off John F Kennedy Drive, the Conservatory of Flowers may just save you from the famed – and unreliable – San Francisco weather. Step through the doors, and you are transported into a tropical paradise of heavenly scents and wild, unabridged color. Plants and flowers from across the world pack the Conservatory to give a glimpse into flora from far off lands.

Any time is a good time to visit the Conservatory of Flowers. Because it is in Golden State Park, you have lots of fair and foul weather options all around. Imagine being able to propose surrounded by perfumes from flowers you’ve never seen before. It’s a wonderful place to ask someone to marry you.