A Brief History Of Art Periods 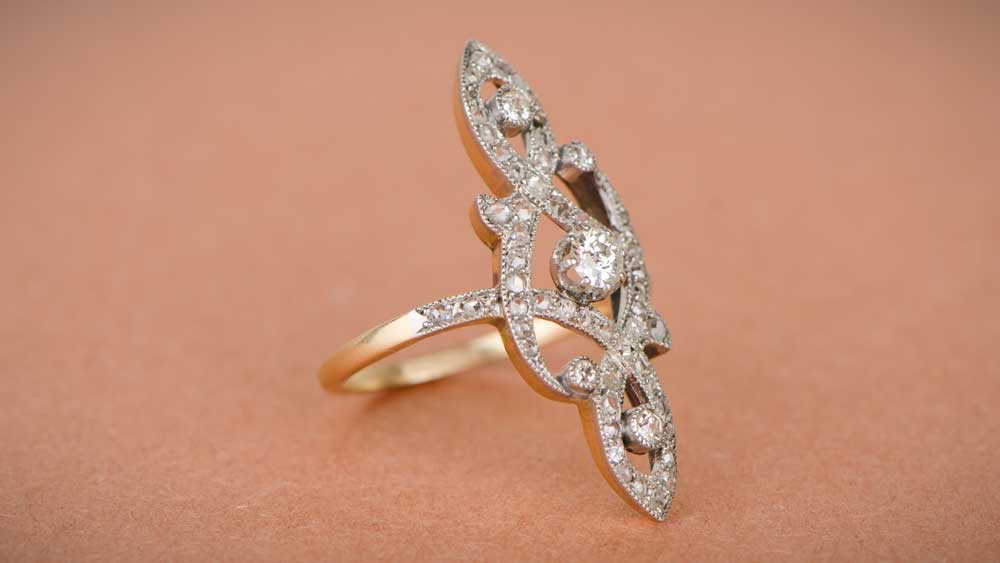 Style has gone through many different periods in the last 700 years or so. After the renaissance, interest in art grew quickly. Beginning in the early 14th century, as styles changed so did the names applied to them.

After neo-classicism and romanticism came and went, design moved into a period broadly described as “modern art”. At about the same time, the scope of those things falling under the wider heading of art started to diversify. From a time when art really meant “painting”, the world slowly began to recognize other aspects of the craft.

There had always been several schools within each movement, each with its own interpretation of the style. With modern art we now had dozens of recognized schools, all with their own take on how things should look. Eventually, after 30 years of domination by the Impressionists and post-impressionists, art nouveau burst into life.

The Beginnings Of Art Nouveau

Despite the obviously French origins of the name, art nouveau actually has its roots in England in the 1860s. William Morris, the celebrated textile designer, author and poet had begun using complex floral motifs in his wall coverings. Morris’ designs began to heavily influenced the blossoming arts and crafts movement in England. This, in turn, eventually led to what we now recognize as art nouveau.

This new style, presenting a much gentler approach to decoration was embraced enthusiastically by all. The natural aspect of art nouveau was very appealing to a society that was becoming more aware of decorative quality.

By the end of the 19th century, the style had begun to spread globally. In 1895, an exhibition was organized in Paris at the Maison de l’Art Nouveau. Translated literally, this is the House of the New Art. At this point, however, the period wasn’t as defined as it later came to be. The exhibition was designed to show off the best of the new young artists and the name stuck. As a result, art nouveau went on to become one of the most important style periods in history.

The Development Of The Period 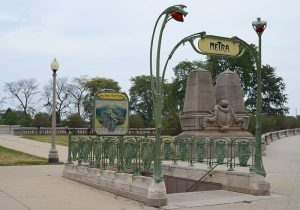 For the first time, there was a style which didn’t start and stop at artistic objects. Instead we now had architecture and other previously functional pieces being considered art. Despite its English heritage, Paris quickly became the spiritual center of art nouveau. Everything from a single door to an entire building was being designed in the art nouveau style. The Abbesses Paris metro station was unveiled at the 1900 exposition, and is still one of the finest example of art nouveau architecture available.

Plants and flowers became commonplace in many designs. Even those who didn’t take quite such a literal stance used expressive curves and flowing elements liberally. By now, William Morris’ influence was being seen in everything from jewelry to metal work, making art nouveau one of the very first total art styles.

Before 1800, the primary task for jewelry makers was to set precious stones in the jewelry, but no longer. With art nouveau, the overall design of the piece, and how the stones were used suddenly became important. The often complex art motif designs meant that different colored stones could be used to great effect as elements of the item. Prior to this, they were often little more than just stones set in metal.

Hermann Obrist’s hanging work ‘Cyclamen’ was famously described in Pan magazine as “sudden violent curves generated by the crack of a whip”. This description became well known as art nouveau spread, and caused the piece to become universally known as ‘The Whiplash’. This whipping, sweeping style typified art nouveau, generally, and the style is still often called the whiplash style. 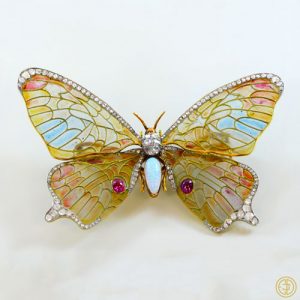 It’s a slightly odd demand, given that the two are so fundamentally different in influence and approach. The gentler, softer curves of art nouveau contrast sharply with the harsh, asymmetrical style of art deco. It is this contrast though, which allows an easy distinction between the two. From harmony between nature and art nouveau, art deco brought an almost conflicting paradox between industrialization and art.

We know that styles overlap time periods, and it is the same with art nouveau and art deco. If you see a piece from, for example 1915, it is firmly in art deco time, but could easily be art nouveau. To know art nouveau, and therefore to know the piece does not fit that description, it is entirely likely to be art deco. Thus, to know art deco, you must know art nouveau.

We live in times that are very different from the early 20th century. Class differences are much less defined these days, and jewelry is no longer the preserve of the rich. Also, in the intervening period, we had the 1960s. The 60s were always a period of change. Anti-war demonstrations and civil rights lit up the American social landscape, and the hippy lifestyle became a valid counter-culture. Suddenly, flowers and nature motifs were back with a considerable bang. Even before the summer of love in 1967, curves and sweeping designs were being seen more and more.

This new take on style never really went away, despite the 80s happening with all its spandex and huge hair. The hippy-influenced styles are still commonly available. Home-producers of jewelry have re-introduced art nouveau to whole generations. Without these designers, anybody under 50 years old may never have seen an art nouveau piece in the flesh.

It’s not practical for many small-scale makers to use precious stones, of course. Instead, we see stones of all types and colors, along with the enamels and base metals common in early art nouveau. This brings this beautiful expression of art and culture to the entire world, instead of a privileged few. The appeal of art nouveau is unquestioned, and we should all be happy that it is so widely available today. 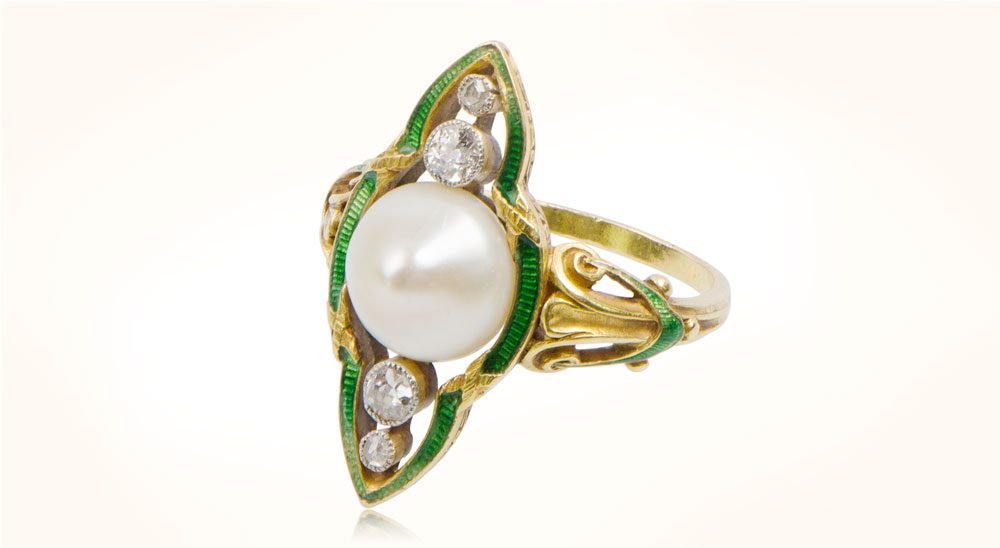 The practical beauty of art nouveau allows it to be interpreted entirely how the designer intends. The lack of “rules” has brought us many exquisite and spectacular examples of wall hangings, jewelry, paintings and more.  Starting with the still influential William Morris in the 19th century, we have seen many true masters of art nouveau.

From the daring eroticism of the sketches of Gustav Klimt, to the spectacular architectural designs of Charles Rennie Mackintosh, to the Tiffany Lamps still so widely sought after, art nouveau has had far-reaching effects on all aspects of the past 160 years. Anything you might see that has the curves and sweeping lines so entrenched in the principles of the movement couldn’t have happened without Morris et al and their devotion to art nouveau principles.

We owe them all a great debt.

Do you prefer Art Nouveau or Art Deco? Tell us in the comments below.