Wedding bands for men, generally, have changed significantly in recent times. They have gone from simple gold rings to now being available in a whole range of metals and designs.

Wedding bands weren’t always plain and undecorated. In ancient times, they would have contained precious stones of all colors. There was no such thing as an engagement ring, so the wedding band was the significant jewelry within the marriage.

The modern elaborate Wedding bands have not changed, they have simply changed back to what they were. We don’t have the gemstones used as much today, but decoration is becoming very prominent. This is especially true with men’s wedding bands as the greater width allows more freedom in the design.

Which Metal to Use 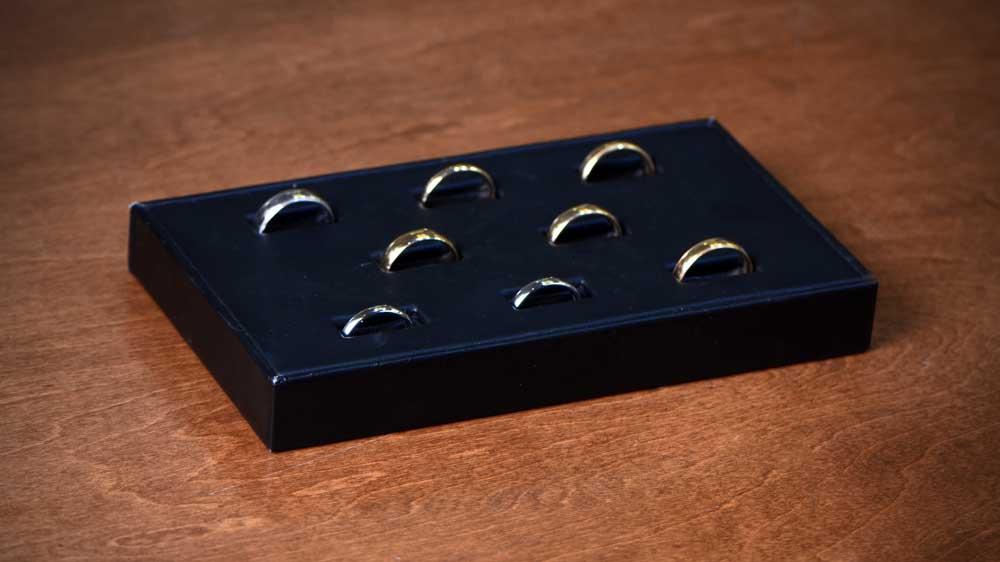 Plain bands are still popular, but platinum is fast becoming the go-to metal of choice. Yellow gold is still significant, but its softness can mean lots of wear and tear over the decades of a marriage. Platinum is much less prone to thinning, although it can still scratch easily. White gold is also becoming more popular as it has the look of platinum but at a lower price.

Platinum has the added advantage of being hypo-allergenic. White gold, in particular, can cause irritation if nickel is used in the whitening process. Palladium is starting to also make inroads into the market. It has a broadly similar look to platinum, but with more grey in the shine. It is also less than half the price of platinum.

The desired width might also contribute to the reason for choosing a particular metal. Naturally, the wider the band, the more metal. And the more expensive the metal, the higher the cost. Put the two together and the price can start to get higher than you might have envisaged.

As with all jewelry purchases, have a budget and stick to it.

Wedding bands all used to be pretty much the same shape. They were usually the “court” profile with rounded inner and outer, or the “D” profile with a flat inside and domed outside. Today, you can have anything from the court to a completely flat ring. The flat outer is currently very popular for men’s wedding bands, particularly if the ring is etched or otherwise decorated.

A beveled edge is also popular and gives the ring a slightly less aggressive appearance than a band that is flat from edge to edge with well-defined corners. 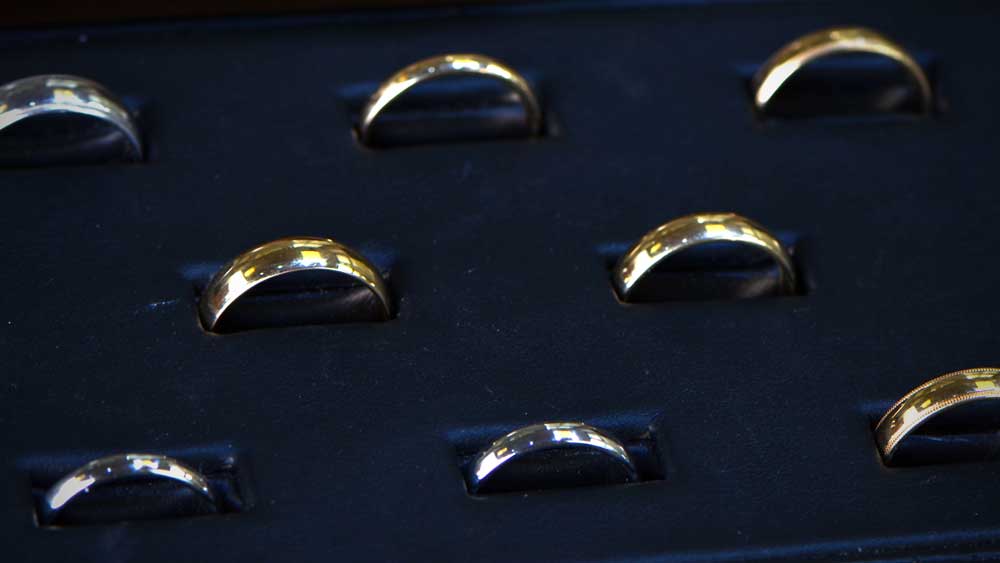 The average width of a man’s wedding band is usually between 5mm and 7mm. Generally speaking, if your ring size is at the smaller end, then go for a thinner ring. Wider rings tend to look chunky on thinner fingers.

However, the only real way of finding what works for you is to try on several rings at different widths. 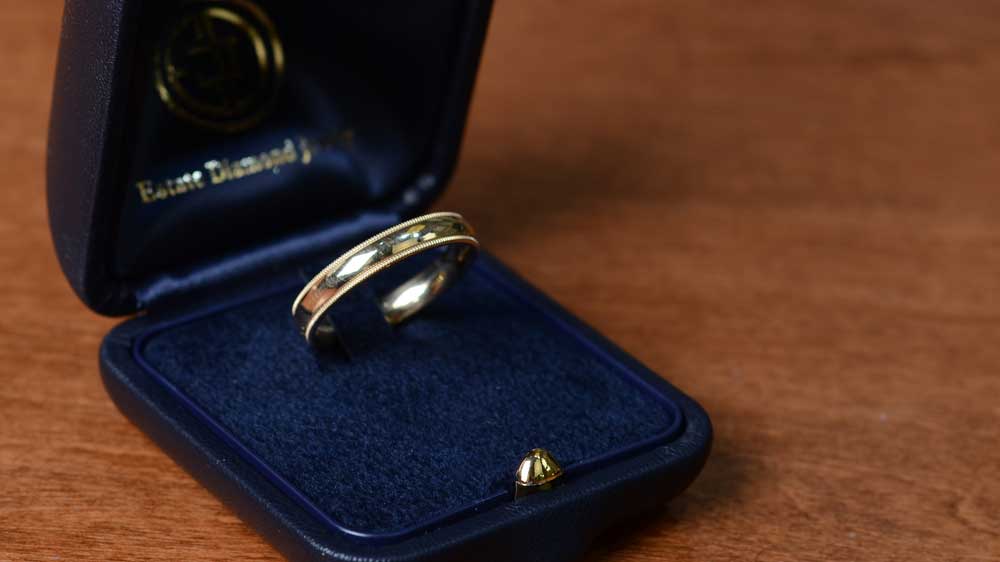 Highly polished wedding bands have been common for a long time, but you do have choices. Brushed metal is very “in” at the moment, and this finish is very popular for wedding bands. It gives a matt appearance to the ring and works particularly well with white metals.

If you choose the bevel edge style, then think about a brushed metal finish across the face and high polish on the bevel itself. This creates a great deal more visual interest in what is still essentially a plain band.

Etchings, Celtic markings, and other embellishments are also gaining in popularity, as are two-tone rings with contrasting metals. Rose gold is especially on trend at the moment for men’s rings.

Having diamonds or other gemstones set into wedding bands is still a relatively new thing. It does, though, work very well if you want matching rings for both bride and groom.

Although colored stones can be used, this may be a little overwhelming for the rest of the band. It is, though, your money and your ring, so the choice is entirely yours. You could have a single diamond or even a row across the width of the band. Just be aware that the loss of a stone will affect the look of the band. It’s fine if you’re okay with replacing them, but it can get expensive. Wearing your ring every day, as you will do with a wedding band, causes a great deal of wear. Speak to the jeweler if you are interested in having gemstones in your ring.

In the same way that engagement rings can be either passed down or simply become available on the market, so can wedding bands.

Although it may not be something which immediately leaps to mind, they are there, and some are stunning. They are usually extremely high quality, regardless of the metal or other materials used. That they have been looked after well enough to still look great decades or later, is a testament to the esteem in which they were held.

To be able to wear a family heirloom band is also a very special thing. The happiness and memories make up the history of the ring and should be treasured. To have such a chance doesn’t come along all that often, so grasp it!

We Live In Interesting Times

It may have been an ancient Chinese curse but, from a jewelry point of view, these are very interesting times indeed. The creativity within the industry has moved away from a small range of bespoke pieces, and found its way to simple things like wedding bands. The choice of traditional or contemporary is all yours. Find what you like and, if you don’t see exactly what you want, ask! Jewelry stores are usually more than happy to discuss your needs and will do their best to accommodate them.

Our Collection of Men’s Bands

If any of the following rings interest you, please feel free to contact us with the form below. 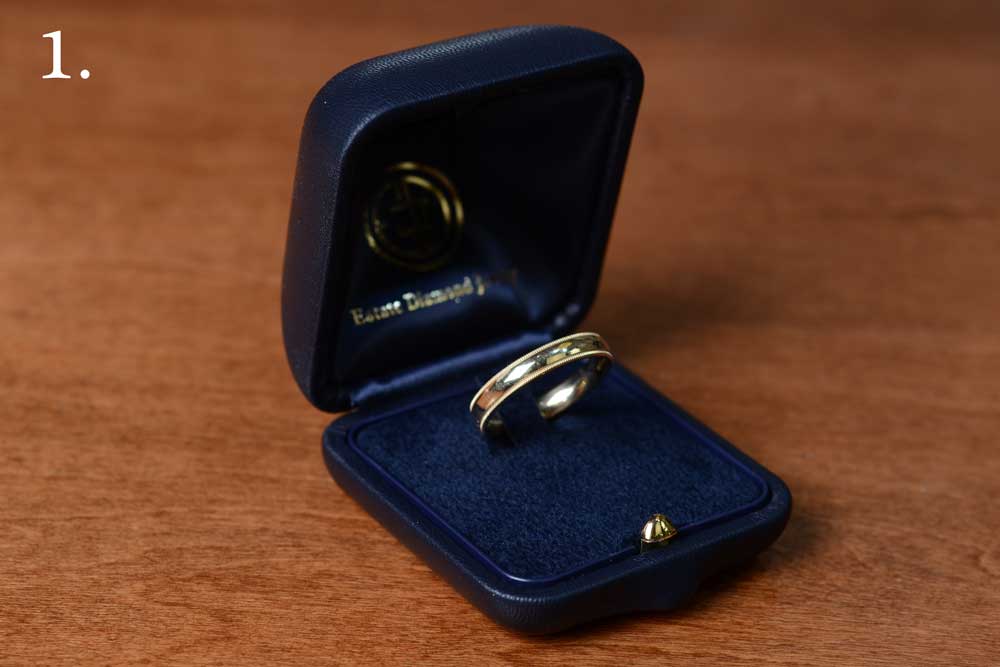 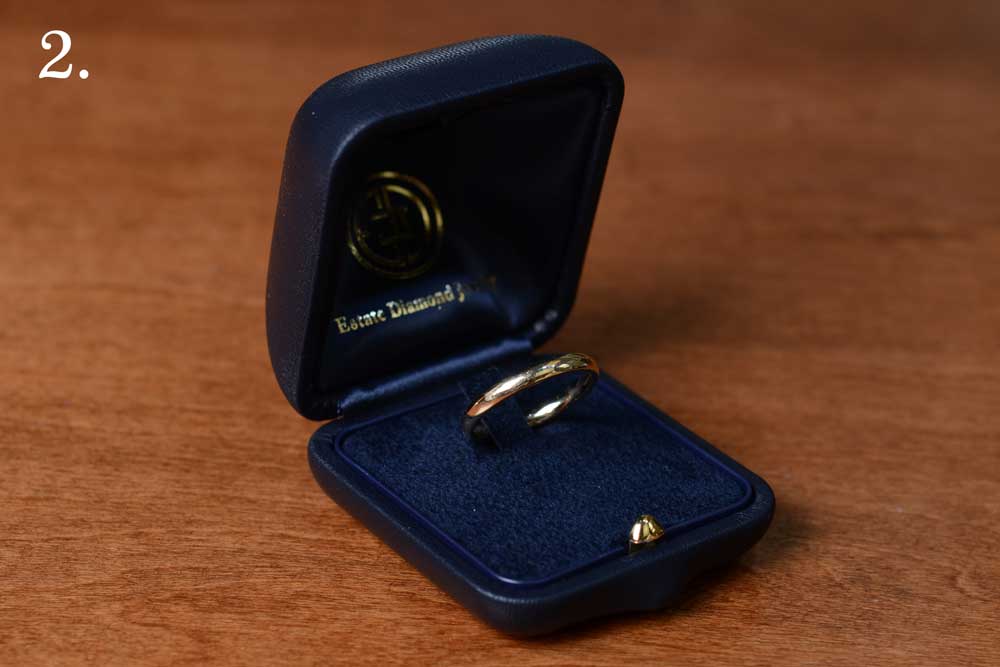 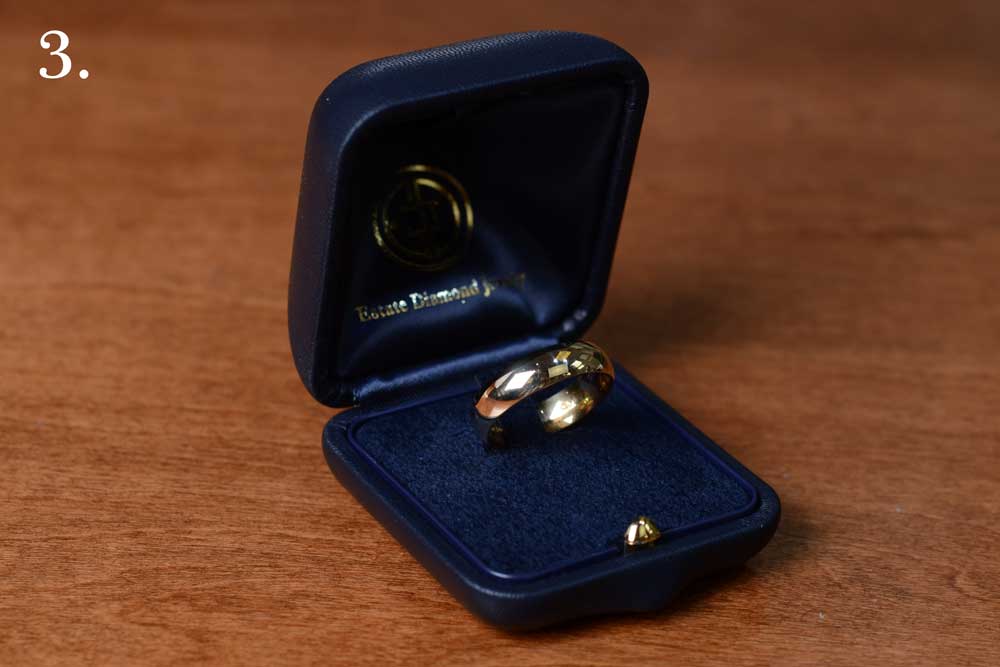 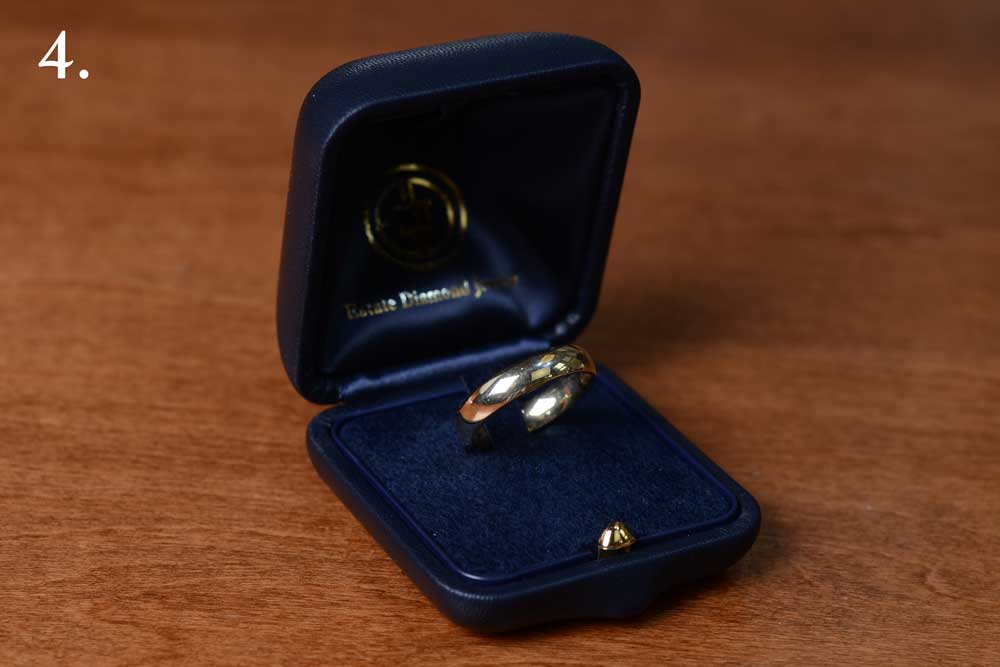 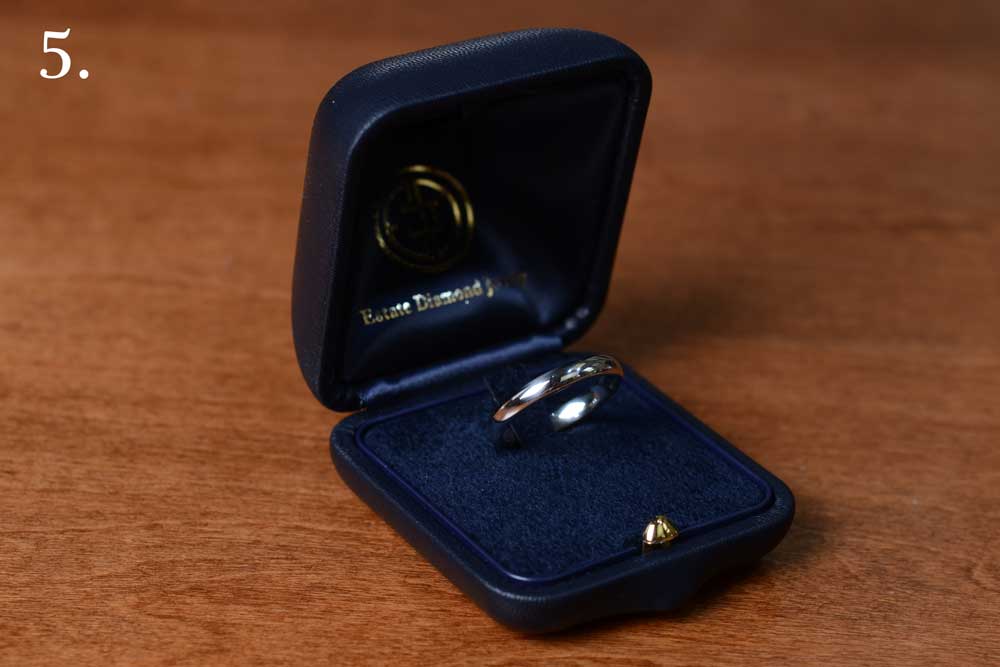 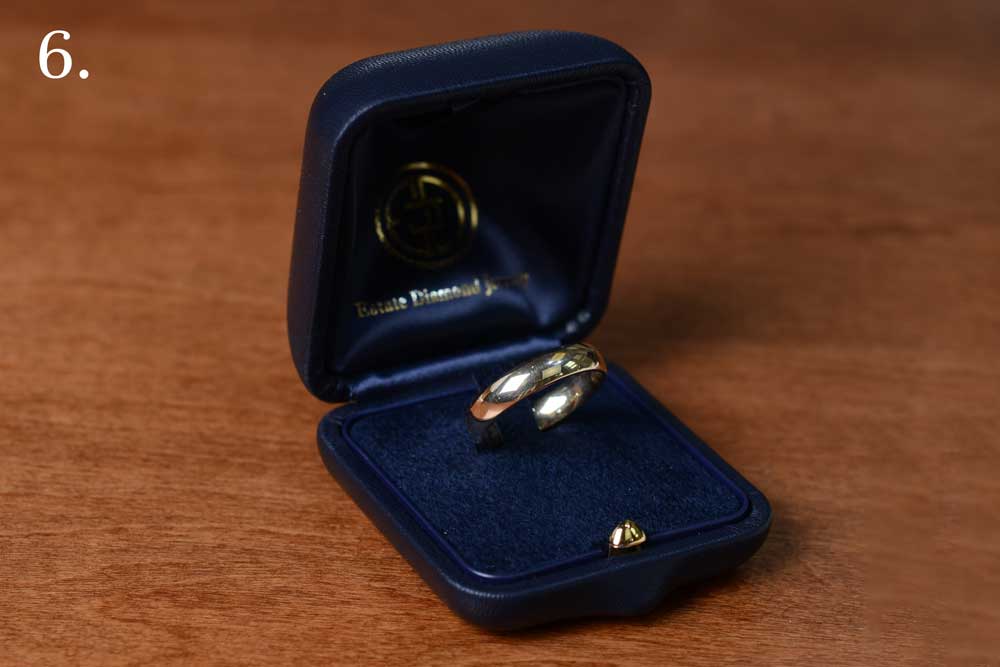 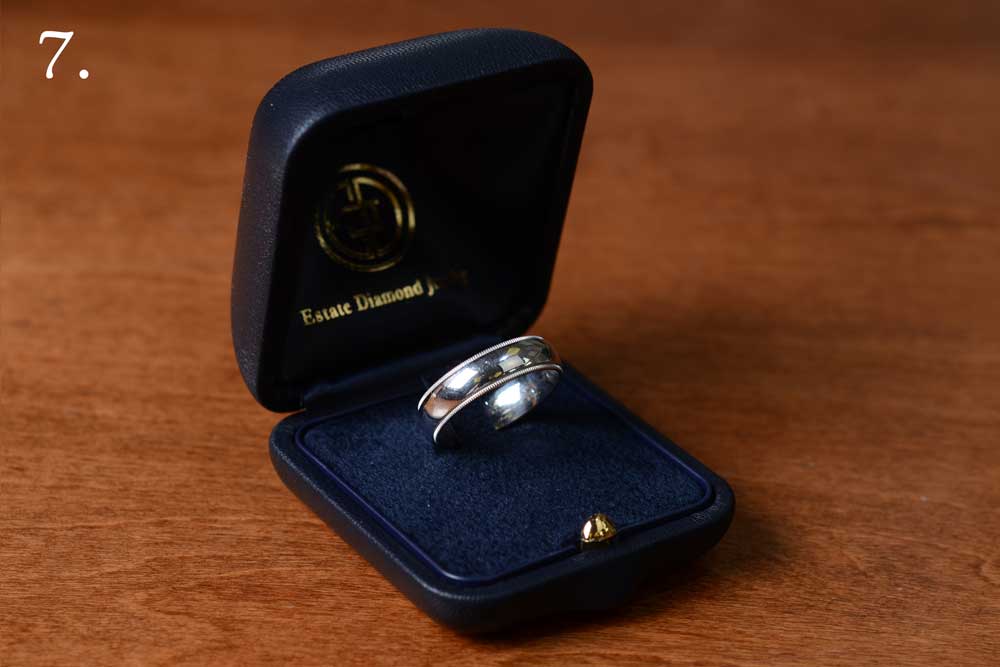 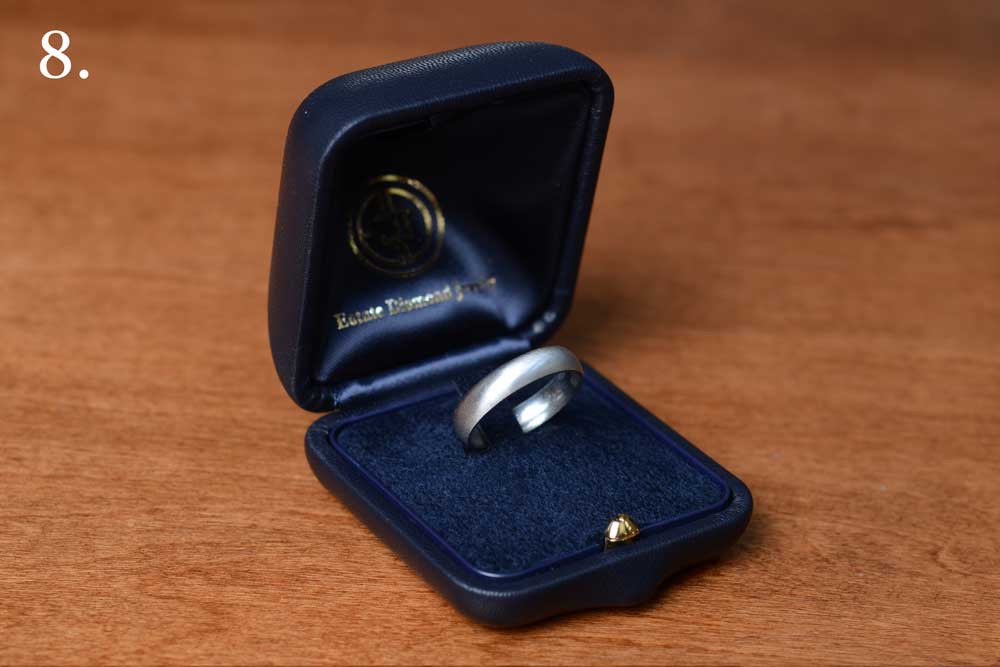 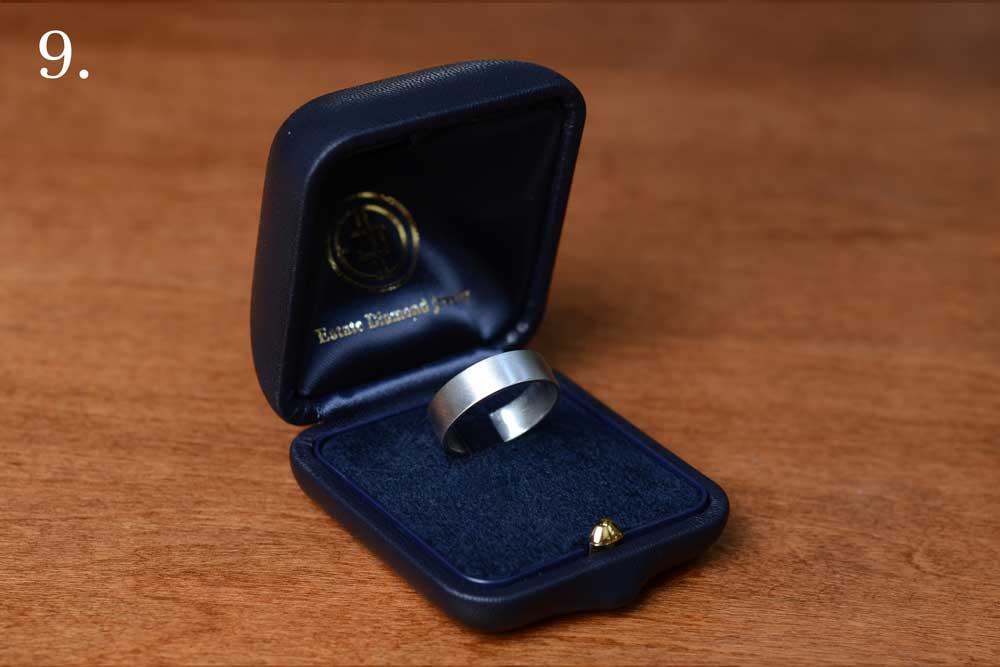